Watch the trailer for Netflix's inspirational new comedy, The Healing Powers of Dude 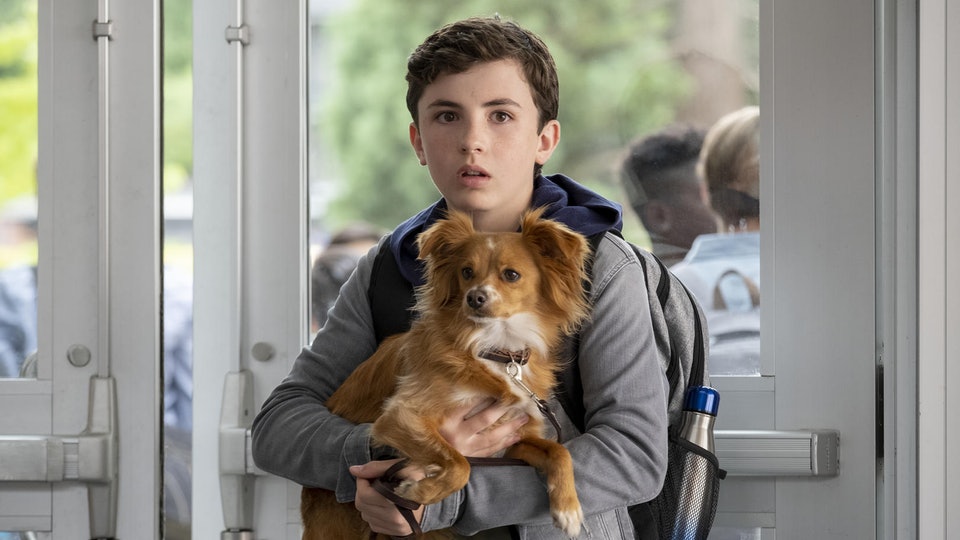 One of the best things about movies and TV shows is their ability to give voices to all kinds of stories—especially the ones that people have a hard time telling IRL.

Netflix's new comedy series, The Healing Powers of Dude, is definitely in this category. The show tells the story of an 11-year-old boy named Noah Ferris (played by incredible newcomer Jace Chapman) who struggles with an intense case of social anxiety disorder. After years of homeschooling, Noah makes the brave decision to give middle school a chance and put himself out there to make new friends.

Going to school and making new friends might sound like the most basic stuff in the world, but for people with social anxiety disorder, performing even seemingly simple social tasks like these can feel like drowning in quicksand. Not only does The Healing Powers of Dude offer a realistic portrayal of life with social anxiety disorder, it also brings attention to one of the best resources people with the condition have to cope with their struggles: Emotional support animals (ESAs, for short).

If you've been wondering who "Dude" is and what his healing powers are, this is your answer. Dude is an emotional support dog (voiced by Steve Zahn) that Noah's parents get for him to help him navigate his new life in public school.

The show focuses on the relationship between Noah and Dude, who isn't a longtime pro in the ESA game. As Noah figures out life at a regular school, Dude figures out life as a working dog and, together, they make a pretty amazing pair. And, you know, one that might just survive a year of middle school (which, let's face it, is a feat for anyone going through it!).

Check out the trailer for the series below:

The Healing Powers of Dude drops on Netflix January 13, 2020.