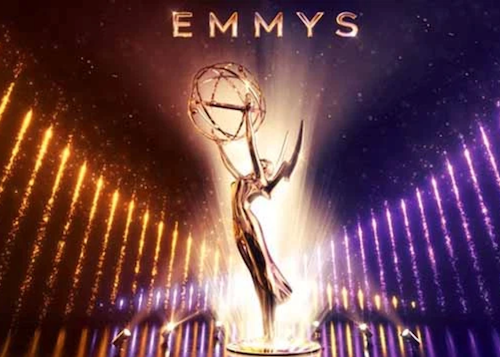 While most of the 2020 awards ceremonies have been delayed or canceled, The Academy of Television Arts and Sciences has announced that The Emmy's are still happening! The ceremony will take place on September 20, in a new virtual format. This year has one of the most diverse nominations, so we're breaking down all the shows you have to binge before tuning in. 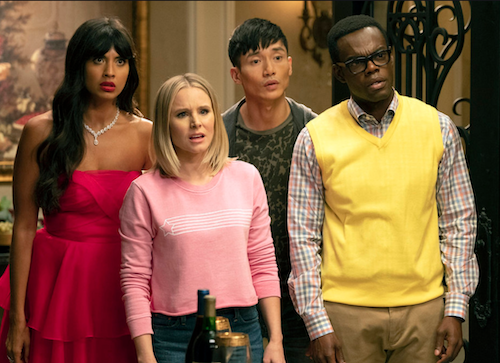 When Eleanor Shellstrop finds herself in The Good Place, a heaven-like Utopia for the best people on earth, she quickly realizes that she doesn't belong there. Over four seasons, this show tries its best to answer the age-old question, "What happens to us when we die?". Although the philosophy aspect of the show sounds heavy, the colorful characters and hammy jokes make this series the perfect show for when you just need to laugh. 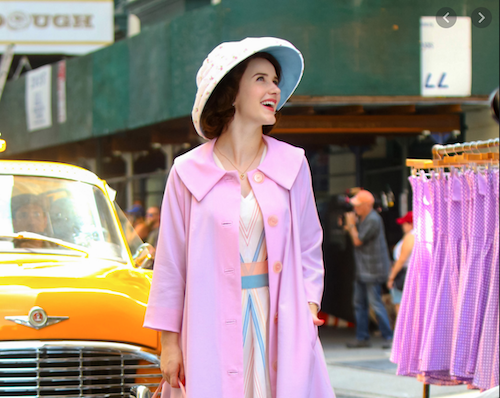 Set in 1950s New York, this show tells the story of a housewife who tries her hand at standup comedy when her husband leaves her. Come for the circle skirts and jokes, and stay for the girl power! 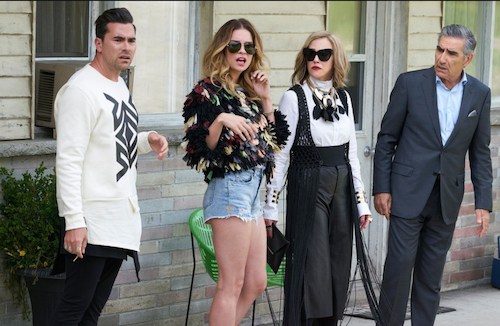 When the Rose family loses their fortune, they're forced to move to Schitt's Creek, a town their father bought as a practical joke. This show has a whopping six seasons full of witty banter, ridiculous hats, and the classic bop "A Little Bit Alexis" 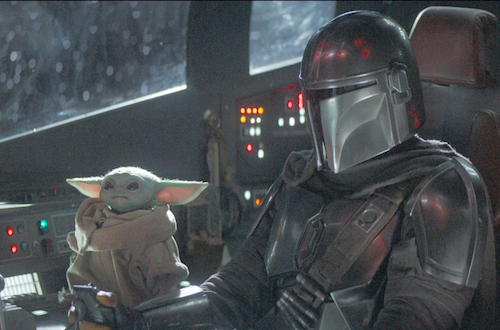 The show that spawned a million memes. The Mandalorian takes place right after the events of The Return of the Jedi (1983) and tells the story of a Mandalorian bounty hunter. His latest job? To find and kill Baby Yoda. Check it out to see what crazy adventures ensue. 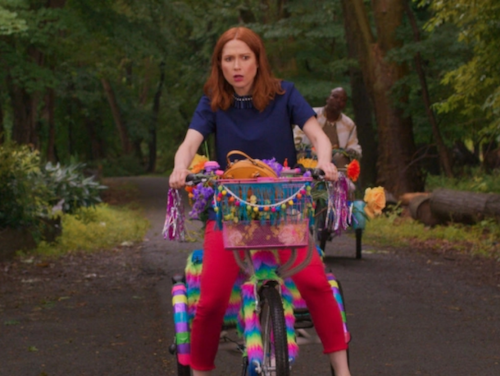 Unbreakable Kimmy Schmidt is one of the most unique Netflix Originals out there. Once you get past the initially dark premise, you'll enjoy classic slap-stick humor, witty pop-culture heavy banter, and Titus Burgess' impeccable comedic timing. 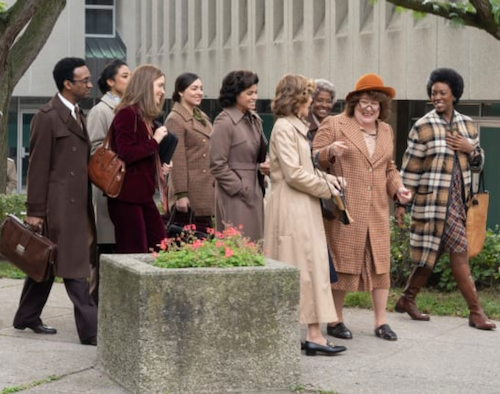 My personal favorite of the year, Mrs. America is a mandatory watch for anyone interested in the roots of feminism. This story focuses on Phyllis Schlafly, the infamous anti-feminist, and her attempts to stop the Equal Rights Amendment from passing. While the show spends a lot of time trying to humanize Schlafly, each episode focuses on different radical feminists throughout the 1970s: Shirley Chisom, Gloria Steinem, and Betty Freidan to name a few. 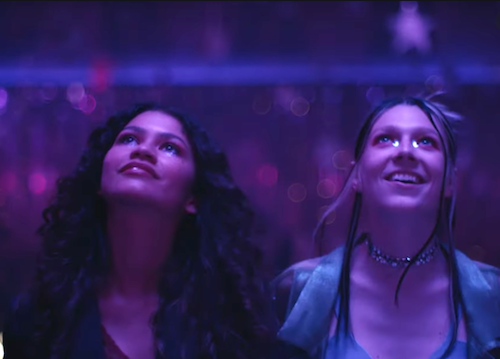 Chances are, you've already tried recreating some of the makeup looks from Euphoria during the quarantine. However, the show is more than just a bunch of hot people in aesthetic outfits. Zendaya's emotional turn as a teen addict and an unreliable narrator were so impressive that it earned her her first Emmy nomination ever! 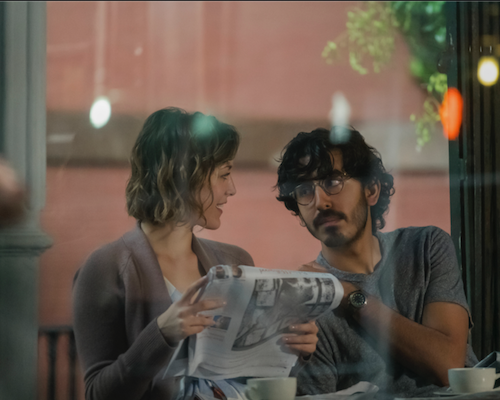 Based on fan-favorite essays from the New York Times column of the same name, Modern Love features all kinds of love stories that will pull on your heartstrings. From a young couple on a first date gone horribly wrong to a gay couple trying to adopt a child, this show is destined to make you laugh and cry. Plus, we get Dev Patel wearing glasses!

Comedians In Cars Getting Coffee (Netflix) 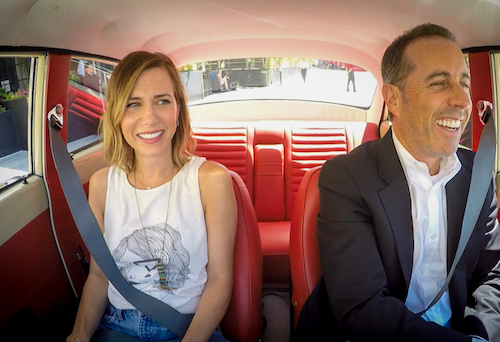 If you love comedy, coffee, and long drives, you'll love this show. Legendary comedian Jerry Seinfeld combines all three of his interests and interviews with famous comedians while driving around in vintage cars and visiting coffee shops all around the country. This show is the perfect comfort watch— just make sure you've got a cup of coffee ready before you watch. 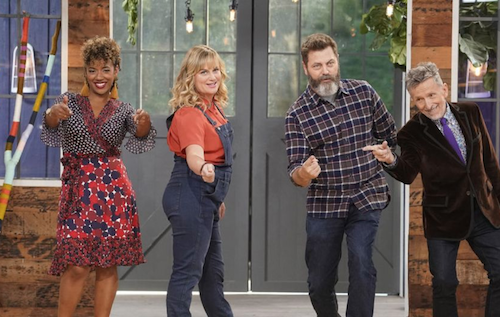 Fans of Parks and Rec rejoice. Leslie Knope and Ron Swanson reunite for a DIY show that's both hilarious and inspiring. Give the show a watch and then get started on your own project. 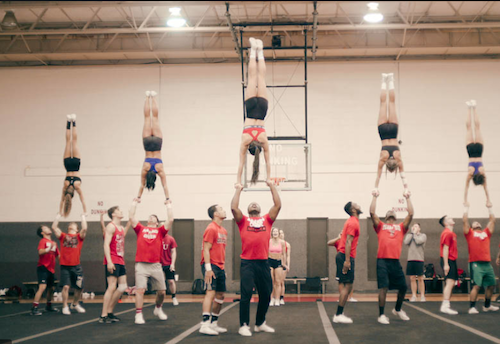 Cheer is a docuseries about a competitive college cheer team in Corsicana, Texas. Fall in love with the real stories of determination and root for the team as they face the ups and downs of their competitive season.

Let us know what you'll be watching @girlslifemag!