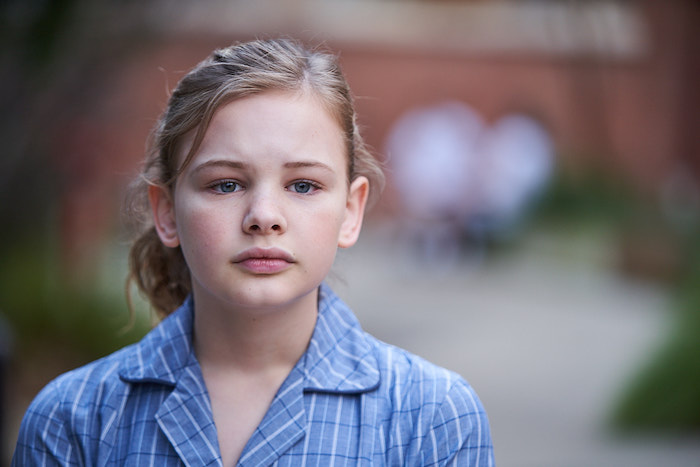 Everyone deserves to write their own story. That's the case for Hannah Bradford, the main character in "First Day," an Australian children's television series, and it's the case for Evie Macdonald, who plays Hannah, too. "I'm an actor, which is pretty cool," Evie says. "I'm also transgender and I've been out since I was nine years old." She describes "First Day" as being all about Hannah–"it's her journey: Coming out and living as her authentic self."

In "First Day," the start of middle school brings 12-year-old Hannah the chance to *finally* be her true self. She's nervous, but excited, and the series takes us along for the ride on all of her adventures. We talked to Evie (all the way in Australia!) about her behind-the-scenes experience filming, how she relates to Hannah and her advice for teens and tweens struggling to show their true identities to the world. 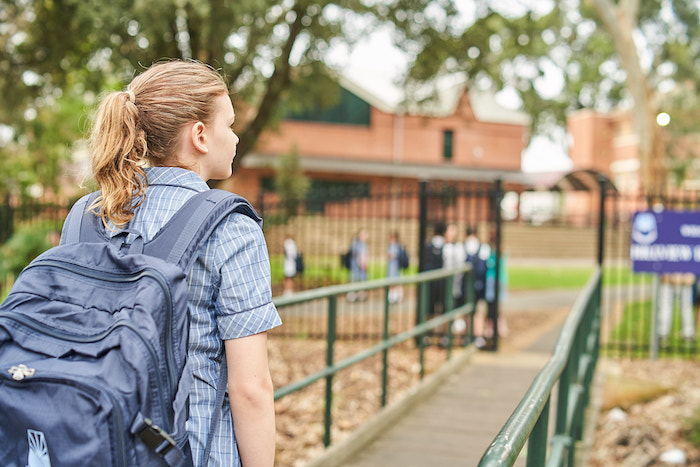 Girls' Life: How can you relate to your character Hannah?

Evie: We're both transgender, that's a main factor, so we've faced a lot of the same problems and experiences. But Hannah's more the quiet kind of person who didn't want to come out. She's an introvert, and I'm definitely an extrovert. Hannah definitely kept [being transgender] private, but once she kind of lets go and accepts that people know, that's kind of a turning point for her. When I was Hannah's age, I just straight-up told everyone!

GL: What enabled you to be so open at a young age?

Evie: I didn't want anyone to take my story from me. I knew some people at my [middle] school from primary school, and I knew that they knew, and there was no reason to hide it. It shouldn't be a thing I'm ashamed of. If I just own who I am, people shouldn't have a problem—but if I hide it, then [inevitably] people could use that against me.

GL: What advice would you give someone unsure about coming out?

Evie: Depending on the circumstances, I would say go for it. I do not regret coming out when I did. But I don't regret *not* coming out before that. There's a right time and moment—I believe that everything happens for a reason. If you are being true to yourself then you shouldn't care what people think. You should be happy with who you are, you know?

GL: You've turned your story into activism and speaking up for transgender rights.

Evie: When I transitioned, there wasn't a lot of research and media about being transgender. It was really hard for my parents to understand who I was and where I was coming from, even to understand that this was an actual thing and that it was possible to feel this way. Of course, I knew you can, but there wasn't a lot of actual information on it. So now I really try, even on my social media platforms, to help and educate people on what it means to be transgender and how there's no "right" way to be transgender.

I feel like "First Day" is part of that [education], too. It really captures a special part of Hannah's life. It's not *just* about her being transgender—it's her as an actual person, just wanting to be herself.

Evie: A great experience! The best cast and the nicest crew. Coming to work every day was an actual pleasure—I loved it so much. We filmed in Adelaide. Even just getting around there was so easy, there was literally no traffic. I came from Melbourne. It's so slow there.

With the cast, we went to the city every single weekend. Even though we filmed together all week we just got along as friends and still wanted to spend time together. That was the cool thing. Even on set we'd sit there and be laughing and the moment they said "Action!" we'd be trying to keep our cool. There's a scene where the "bully" character shoves me, but the actress was one of my closest castmates. We had to film that scene maybe 30 times because I couldn't stop laughing. I was trying to keep my professional face on...but it was just hilarious.

On the weekends, we'd walk around, we'd talk and get bubble tea and go shopping and explore. We went into this wig store and we all tried on wigs. Just fun teenage things.

GL: What are your hopes and dreams for your future?

Evie: I really do hope to become a really good actor. That's my main thing. Honestly, my life goal would be to have a star on the Hollywood Walk of Fame. That'd be the coolest thing ever, you know?

I hope that [with my story] I can show people that it's OK to just be your true self. I want people to see me as just being who I am. I hope that inspires others.

You can watch "First Day" on Hulu HERE.

Parts of this interview were edited and condensed for clarity. Images courtesy of First Day.