No one can deny that 2020 has been a, well, frightening year. While the first third felt like your average year, the world was temporarily put on hold in the middle of March...and nothing has been the same ever since. While this Halloween is sure to be different from years before, there's nothing stopping you from getting dressed up—and we've got 10 different costume ideas inspired by 2020! 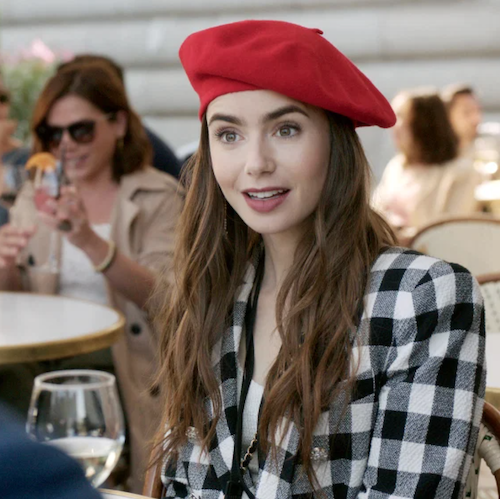 Emily in Paris is one of the most divisive shows on Netflix at the moment. Whether you cringe at Emily's unwavering optimism, or you love the fluff of this series, everyone will recognize you in Emily's signature red beret!

“GOOD THING I HAVE STOCKED UP ON PAJAMA SETS” @charles_mcfarlane

The viral page @wfhfits has been helping young professionals to memorialize their outfits while working from home. The variety of looks is impressive, but the general consensus seems to be that the "WFH" outfit is composed of three parts: a professional top, sweatpants, and comfy socks. All you'll need is a button-down shirt with a  tie, pajama bottoms, and you're favorite socks or slippers.

The Fly from the VP Debate 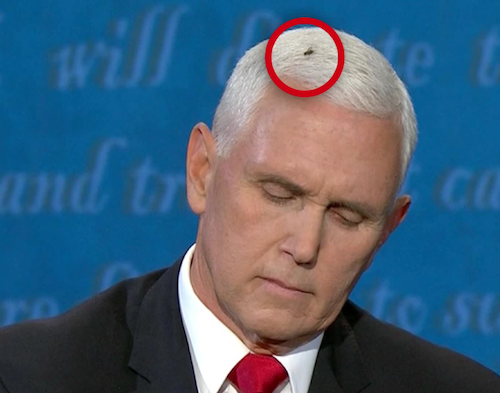 This anonymous fly crashed the Vice Presidential debate, sat on Mike Pence's head, and stole the show. All you need to imitate this newly minted National Treasure is an all-black outfit, a set of wings, and dark goggles.

The Ghost of "insert your favorite Netflix series" 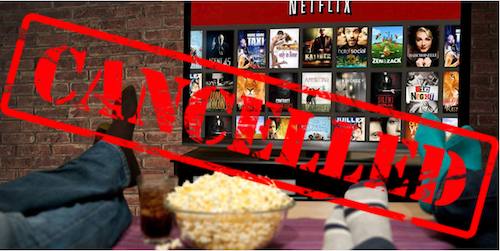 Due to the big schedule setbacks, and the cost of safety precautions on set, a lot of our favorite shows were canceled this year. From cult-favorites like The Society and I Am Not Okay with This, to beloved series with multiple Emmys like GLOW were forced to end their series on cliffhangers. In memory of your favorite show, you can make a simple ghost costume out of a sheet and wear a placard with your favorite show's title, or you can dress as your favorite character and attempt some ghostly makeup.

Borrow your older sibling's cap and gown, and go as the most memed graduating class in history. Don't forget your mask!

The Tony award-winning musical, Hamilton, reached new levels of popularity when the full live performance dropped on Disney+. Whether you've been obsessed since 2015, or just discovered the musical this summer, you can dress up as your favorite Schuyler sister with their signature dresses, which are currently on sale! 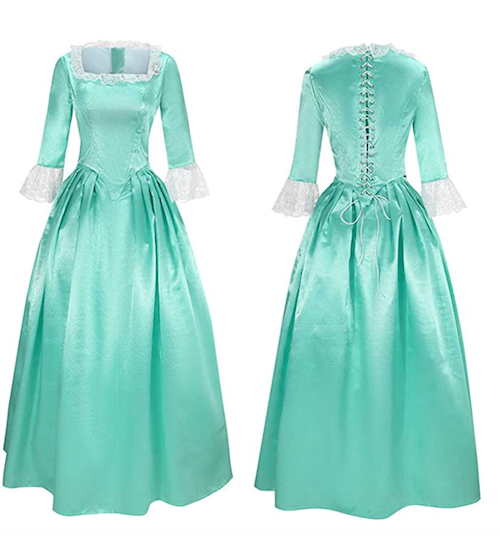 The passing of actress and mother Naya Rivera was absolutely tragic, especially for those who admired her work representing both the LGBT and Afro-Latinx community during her time as Santana Lopez on Glee. This Halloween you can honor her memory by donning her iconic McKinley High cheer uniform. 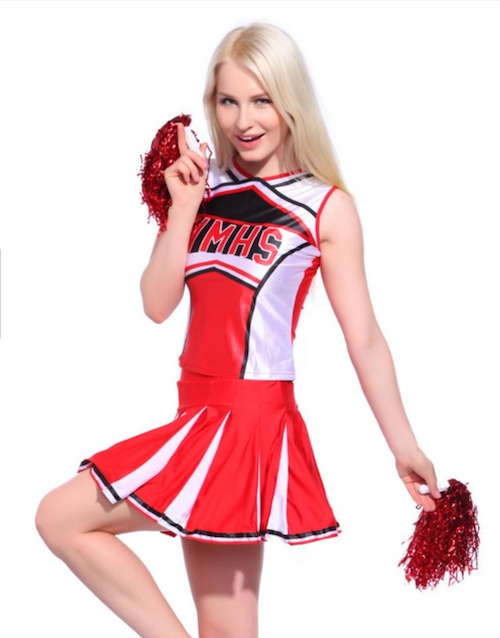 *That* picture of Robert Pattinson 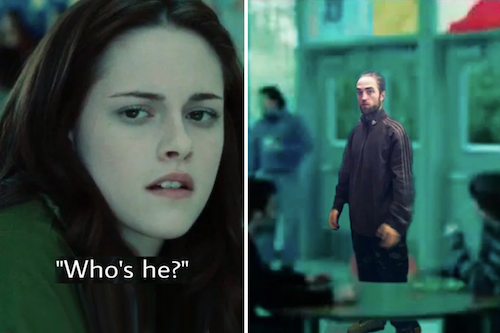 You know the one I'm talking about. Earlier this fall, a photo of Twilight heartthrob (aka the new Batman) wearing a tracksuit and looking slightly bewildered, went viral. It wasn't long before people started editing him into old Twilight scenes, and it's honestly hilarious. Just borrow your brother or dad's running clothes and make sure to snap a pic in your kitchen. 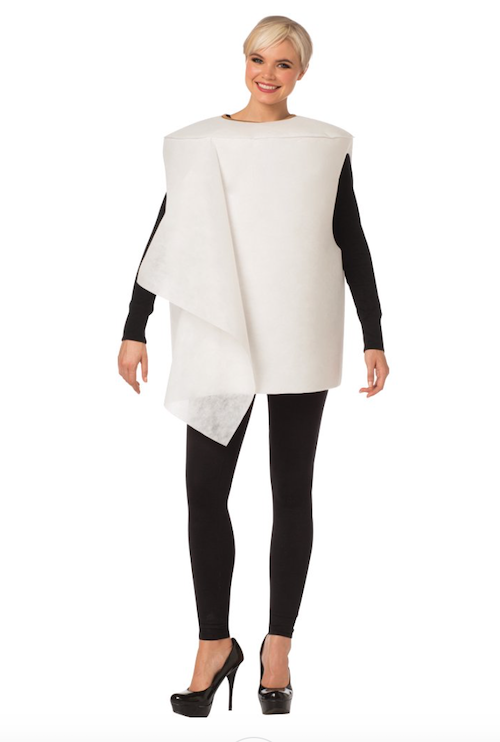 Remember when everyone started stockpiling toilet paper earlier this year? So do we. You won't even need an explanation for this costume. Walmart, $30

Whether you love or hate Tiger King, there's no way to deny that 2020 simply would not be the same without Carole Baskin and Joe Exotic's antics. The sheer chaos of this docuseries united the country during a frightening time. 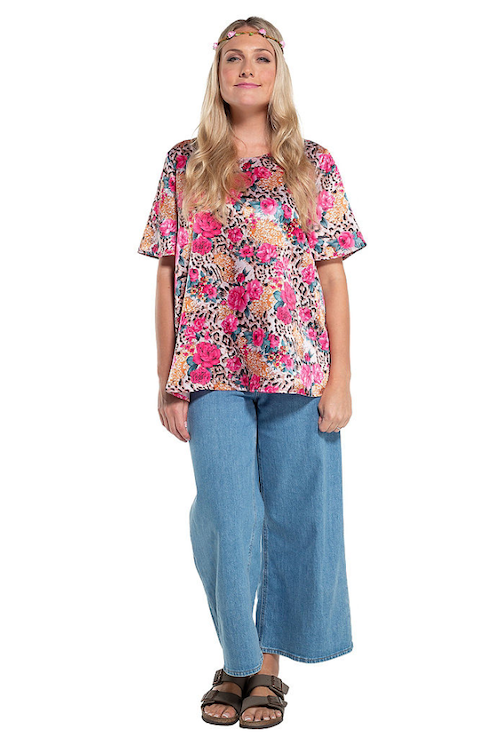 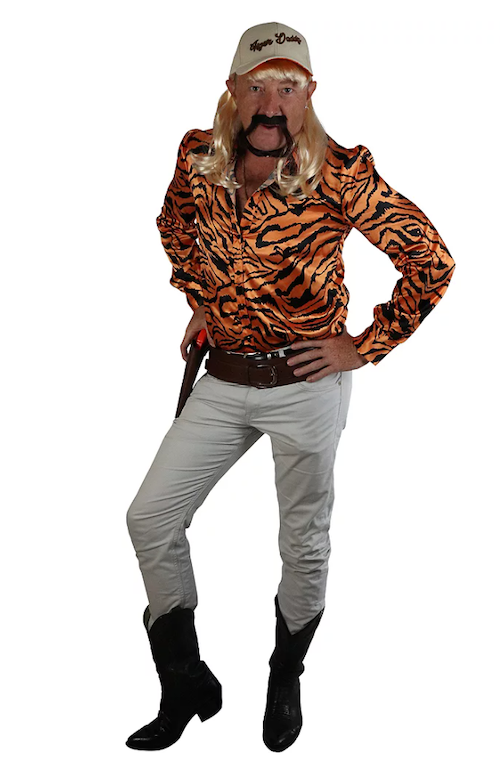 Are you rocking a 2020-inspired costume? Tag us in your 'fits @girlslifemag!