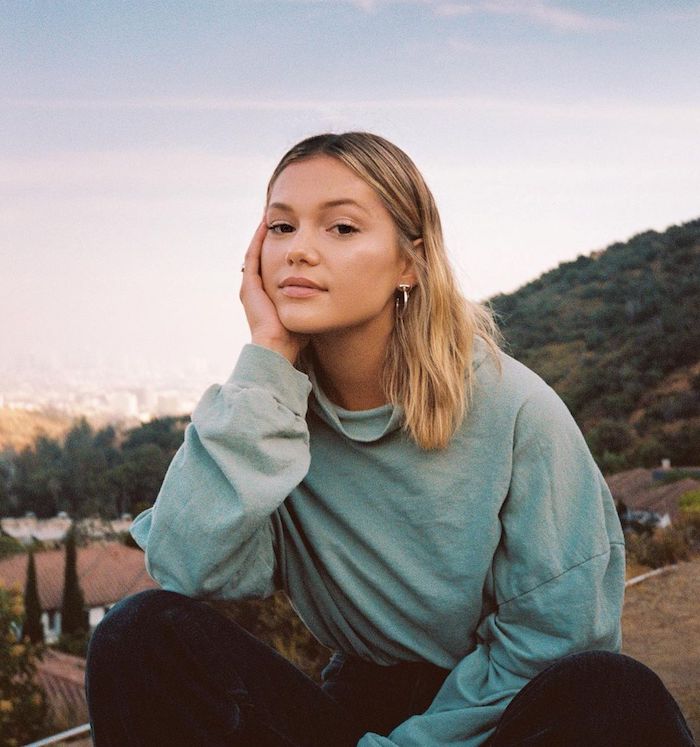 Olivia Holt is owning summer 2021. Between her starring role on Freeform's twisty new mystery series Cruel Summer and her upcoming album, the 23-year-old is having a moment (again).

For anyone who hasn't been keeping up with Cruel Summer, how would you describe the show?
I feel like it's Clueless meets The Undoing. Like Clueless, Cruel Summer is set in the '90s, and [my character] Kate is like a version of Cher in the beginning—and then like a version of Tai at the very end, which I think is cool. But the tone is darker and more mysterious, like in The Undoing.

Are you a big fan of mysteries yourself?
It's been my favorite genre since I was a kid. I've watched so many psychological thrillers and I like true crime, too. I just finished the podcast Serial, which is so bananas.

Did you have a favorite '90s trend you got to wear in the show?
Definitely all the cool hairstyles. I'm a simple gal and I wear my hair down most of the time, so trying out the funky '90s updos was fun.

Aside from the show, you have new music coming out this summer, too.
My single "Next" drops in June. I recorded it during the pandemic. I think it's what everybody needs after this weird year. We shot the video for it in the middle of everything—which was kind of wild.

Speaking of music and how insane 2020 was, what was your soundtrack for the past year?
"I Will Survive" by Gloria Gaynor.

Very appropriate. Now that things are opening up and the world is starting to feel a little more normal, what will be the song of the summer for 2021?
My new song, "Next," of course. It's just a song you can dance to—and it's so liberating.