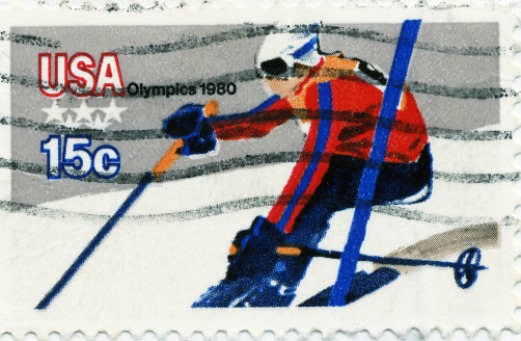 If there’s one thing we love more than watching countries across the globe duke it out for glory and gold, it’s the stories that come along with the Games every four years. From dog rescues to comebacks, everyone has a story in Sochi—and a lesson worth learning from. Here are five we’ll remember for a long time to come…

Few athletes had more hype heading to Sochi than snowboarder Shaun White, who was looking to defend his gold medals in halfpipe. After he qualified for the finals he jumped the barrier to hang with a 10-year-old fan and cancer survivor. And after he placed fourth, just off the podium, he bear hugged the winner, Switzerland’s Iouri Podladtchikov. Throughout the competition, he has been effusive with praise for his competitors and very matter-of-fact about his own disappointing performance.

Russian cross-country skier Anton Gafarov fell a minute and a half into the sprint free semifinal. He got up, but was tugging a broken ski along behind him. The athlete just wanted to finish, but he fell again and this time his ski was dead. And that’s when a Canadian coach ran out onto the coarse and helped him swap out his shredded ski for a spare. “I wanted him to have dignity as he crossed the finish line,” the coach, Justin Wadsworth, said.

There’s no such thing as “too young”

Some of the most surprising athletes in these Games have been the young ones. The most noteworthy, perhaps, is Russia’s Yulia Lipnnitskaya who at 15 helped Russia win the figure skating team medal. Seventeen-year-old Shim Suk-hee of South Korea won gold and silver in speed skating this year. Almost every discipline is packed with teens, and they aren’t there just for the experience. They have medal hopes—and medal chances.

And sometimes getting mad helps

Yulia, the Russian darling, has wowed the entire world…except for teammate Adelina Sotnikova. With much of the spotlight on the 15-year-old, Adelina has been shoved to the side—and she’s a three-time Russian national champion at just 17! So when she took to the ice Wednesday for her short program, she skated mad, according to commentators Tara Lipinskini and Johnny Weir. And she put up one of the best scores of the day, ahead of her teammate.

And sometimes, it really is all about the journey

A day before the Games was set to officially start, American freestyle skier Maggie Voisin, the youngest athlete on Team USA at just 15 years old, hurt her right ankle during a training run. There was no way she could recover in time to compete for the medal so many experts thought could be hers. But as she crutched her way through the Opening Ceremony march with the rest of her teammates, she was thinking about medals or podiums. She was wondering if she was still an Olympian if she was out of the games before they’d begun. Our answer? You couldn’t be more Olympic, Maggie.

What Olympic moment is your favorite so far?

+ 100 period facts every girl should know

+ Get the full night’s sleep that you deserve