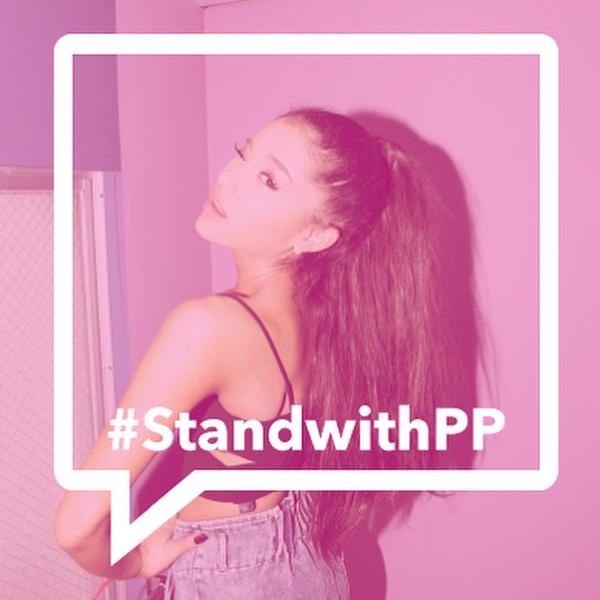 This year’s presidential election is right around the corner! Because less than three weeks stand between now and November 8, each party’s candidate is putting forth a last-minute push to tackle topics like education, taxes...and Planned Parenthood. Ever wondered what makes the nonprofit organization such a primary part of so many conversations? In honor of Planned Parenthood’s 100th anniversary, we’ve got the scoop on its past, present and presence in politics—plus plenty of positive tweets.

There’s no shortage of services offered by Planned Parenthood. According to its official website, the org covers everything from healthcare to sex ed and advocacy. Those who visit Planned Parenthood have access to a variety of resources, including STD testing, breast exams, cancer screenings, pregnancy tests, prenatal services care and abortion procedures. Staff members and volunteer educators cover nearly 30 contents areas (teen pregnancy, women’s health, HIV/AIDS, etc.) during the educational programs they deliver to people of all ages and backgrounds. As if that weren’t enough, Planned Parenthood also fights for federal and state policy changes and says it “works around the world to increase access to sexual and reproductive health information and services.”

Planned Parenthood may work to increase access now, but gaining the ability to offer its services in the first place was a tough task. Planned Parenthood states that it “was founded on the revolutionary idea that women should have the information and care they need to live strong, healthy lives and fulfill their dreams.” That’s exactly why Margaret Sanger, Ethel Byrne and Fania Mindell decided to open a birth control clinic in 1916. The Brooklyn clinic provided information and advice—until police put a stop to it and charged the women for handing out “obscene” information.

Why was distributing details about birth control considered obscene? Well, look no further than the Comstock Act. This act made it illegal to possess, publish and share anything related to contraception. Fortunately, a 1936 review led to the ruling that birth control could finally be discussed.

The following decades defined what Planned Parenthood is today. In 1951, researchers began to look into the creation of the birth control pill. Married couples received permission to use birth control in 1965, unmarried people got the green light in 1972 and the 1973 case of Roe v. Wade legalized abortion nationwide. Since then, the Plan B emergency contraceptive was approved (1999), and President Obama’s administration required health insurance agencies to cover every birth control option that’s been approved by the FDA.

The road to reproductive rights has been paved with Planned Parenthood’s countless efforts. President Obama is all for the org. In fact, he even tweeted his support!

For a century, Planned Parenthood has made it possible for women to determine their own lives. Here's to another #100YearsStrong.

Although the current leader of our country stands in favor of Planned Parenthood, not every politician agrees with the org’s mission. Planned Parenthood points out that, in 2007, “the U.S. Supreme Court upheld the first-ever federal law banning abortion procedures.” Some states have even banned doctors from performing abortions after the first 20 weeks of pregnancy. These politicians want to limit access to Planned Parenthood’s services, and many hope to close clinics altogether.

President Obama’s not the only person who’s taken to Twitter to show his support for Planned Parenthood. Because the org officially reached its 100th birthday, #100YearsStrong has been a trending topic. Check out a few tweets praising PP:

At 100-years-old, @PPFA is providing essential health care for millions of Americans. Here's to another hundred. #100YearsStrong pic.twitter.com/xfhC7Kx16h

Planned Parenthood has truly changed the name of the healthcare game. Sure, the org deals with a decent number of disses. But the services it shares and the knowledge it spreads have touched lives in a way that will, hopefully, continue for years to come.

Did you learn something new about Planned Parenthood? Let us know below!