This girl's angel costume was a BIG mistake 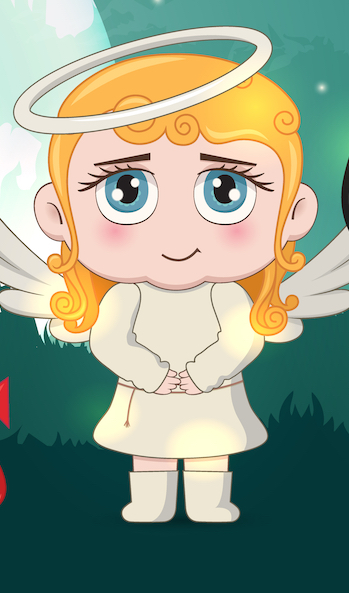 When I was in the 8th grade we had special privileges on Halloween and were the only class allowed to dress up. I picked out this really pretty, totally boho angel costume. It was long and flowy and bright white. I was so excited to wear it to school because my crush, Jason, sat behind me in most of my classes and I knew he'd like it. During homeroom, we stand for the "Pledge of Allegiance" and Jason tapped me on the shoulder. "Brooke, are you ok? You're bleeding!" he screamed. I had no idea what he meant and then I felt it—my period had started and I was sooooo wet down there! My teacher doesn't allow anyone to go to the bathroom until after attendance and announcements and I was NOT waiting...so I bolted out the door and into the hallway. I didn't have a change of clothes so they wound up calling my parents and I was so humiliated that I asked them to sign me out early for the day. Boys must be REALLY dumb about this kind of thing, because the next day Jason actually asked what happened in the most sincere way. NEVER wearing a white costume again!