Alyssa Carson hopes to be the youngest astronaut ever. Here's how she's doing it 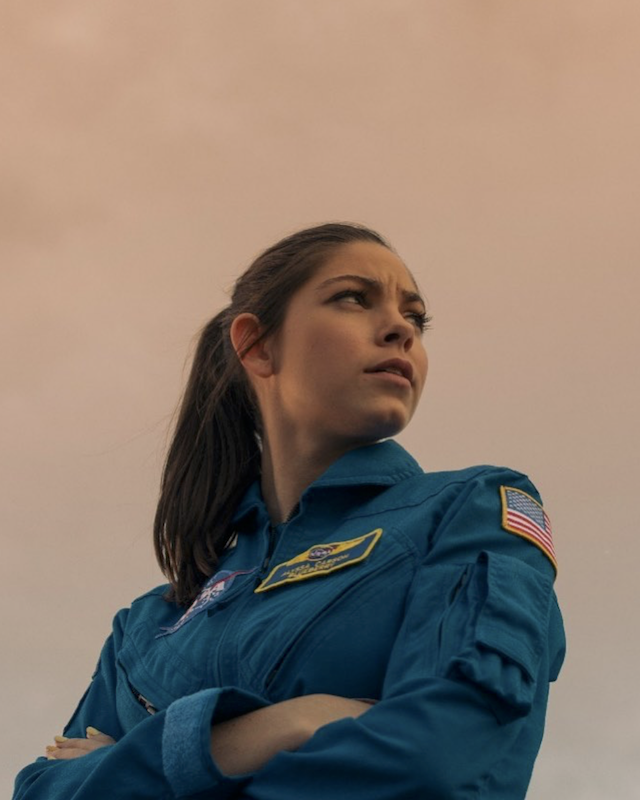 When she's not cramming for an upcoming astrobiology exam or practicing flying with her pilot's license, 20-year-old Alyssa Carson is training to be the youngest-ever person in space.

We caught up with down-to-earth Alyssa on a rare moment when she wasn't reaching for the stars to chat about her biggest inspirations, goals for the future and experiences as a woman in STEM.

Keep reading to learn *everything* you need to know about this aspiring astronaut then follow her lead by getting involved in World Space Week with Unistellar, October 4 to 10, 2021!

GL: How did you first become interested in space?

Alyssa: I've been interested in space for as long as I can remember. I *always* wanted to be an astronaut. When I was growing up, I was constantly looking for opportunities and ways to learn as much as I could. I'd go to the library and get books, videos and posters about space, because I wanted to learn more.

When I was seven, I went to space camp at Huntsville, Alabama. That taught me a lot—it was kind of like my version of Disney World. At space camp, I learned about the history of space and the different jobs and roles in the industry. Seeing life-sized rockets and getting to build my own model rockets was the start of my interest in STEM.

GL: How did your friends and family react to your interest in space?

Alyssa: They were super supportive. When I first mentioned that I was interested in space, my dad was super excited about it, like, “If that’s what you wanna do, then go for it.”

GL: What are you currently hoping to do within the space industry?

Alyssa: Space is absolutely booming at the moment. It can be a bit overwhelming because there are just so many possibilities.

When I was first deciding on the area of space I was interested in, it was crazy how many options I had. At my university alone, you can study anything from astronomy and optics to astrophysics to planetary science to astrobiology. All of these subjects revolve around different areas of space, which means that there is truly a place for everyone, especially with all the new changes in the industry.

I’m currently studying astrobiology (which is basically the general science of space) but I am also super curious microbiology—I want to study how different bacterias react in space and in microgravity. I also think it'd be really fascinating to learn more about the possibility of life on Mars.

Read: Check out *all* the space careers you could try (no matter your passions) right here!

GL: Do you have anyone you really look up to in the space industry?

Alyssa: I’ve had a lot of role models throughout the years, but a big role model of mine is astronaut Sandra Magnus. I met her when I was pretty young—and I remember her telling me she first became interested in space around age 9.

Our conversation made me realize that it doesn't matter how old you are when you decide to go after your dreams because if you *really* want something, you can put in the hard work and make it your reality. Seeing her be so successful really motivated me to stick with my goals.

GL: Was it easy to find others who shared your passion for space?

Alyssa: Going to space camp was really awesome because I met other people who shared my interest. I went to a small school, so it was nice to meet people with similar interests. 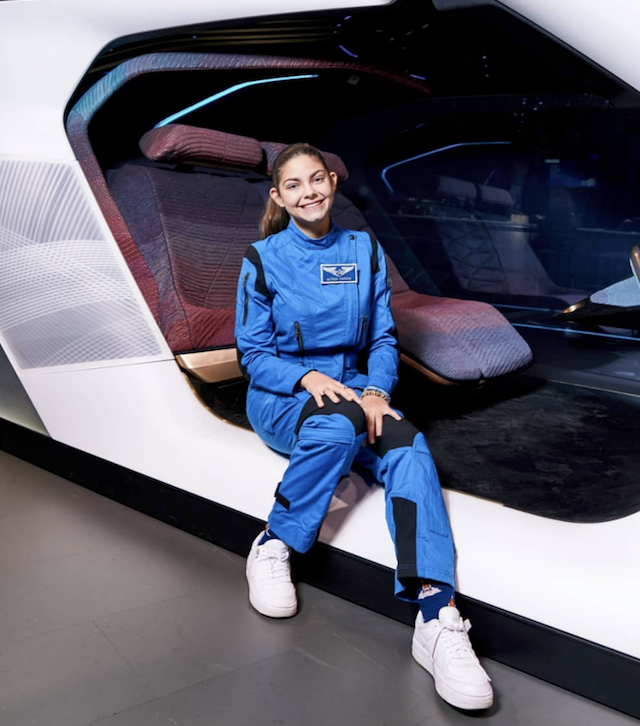 GL: What is being a young woman in STEM like?

Alyssa: STEM is definitely a very male-dominated field. I go to Florida Tech, which is a big hub for kids interested in STEM and space. But I do think that the female STEM community is very strong.

If you're a girl looking to go into some sort of STEM career, reaching out to other women who are currently working in the field—it's a great way to make connections and learn more about all the possibilities. We all want more girls involved in the industry, so I think the female STEM community is willing to help.

GL: What is something that not many people know about the space industry?

Alyssa: The amount of careers and opportunities related to space! When we think about the industry, we automatically think of scientists, engineers or astronauts. Although those are amazing careers, there are loads of jobs that you’re able to do in the space industry even if you aren’t great at math or science.

The space industry needs all sorts of non-traditional jobs like designers, journalists and psychologists, among others. There are so many different components that go into the space industry that most people have never even thought of.

GL: What advice would you give young girls interested in studying space?

Alyssa: I think that retaining an interest in STEM and being exposed to the opportunities provided by the space industry is a great way to get other girls interested.

I'd also encourage anyone interested in following a similar path that being vocal about your dreams is super important. You never know when you’re going to be presented with an opportunity or meet a connection that will help you reach your goals.

When I was younger, I was very vocal about wanting to be an astronaut and wanting to go to Mars, which seemed like the most unrealistic, far-fetched goal I could have picked. The more I talk about it, the more I work towards it, the closer it comes to reality.