Can your school punish you for your social media posts? 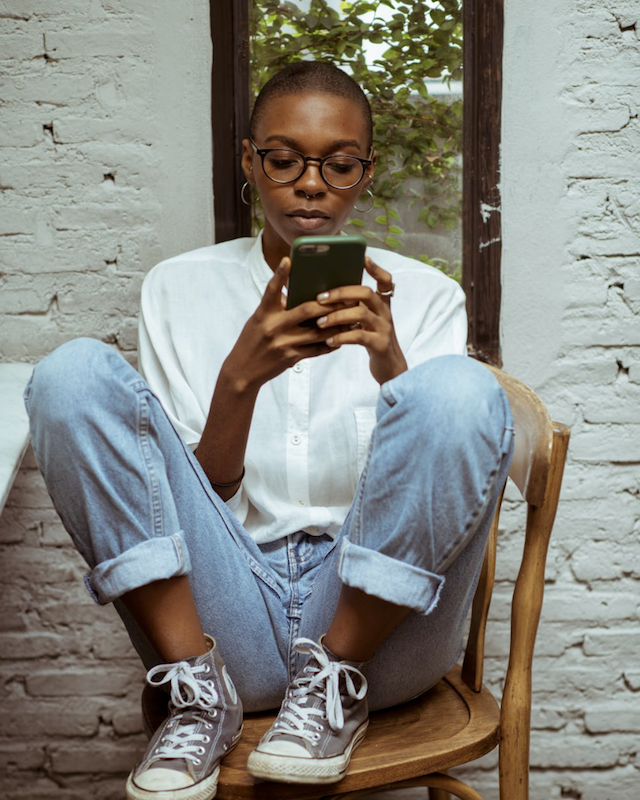 Imagine something happens at school that upsets you: Maybe a teacher gave you a less-than-stellar grade or you didn’t get the part you wanted or your coach benched you for the long-awaited semifinal game. So you take to social media to rant. From your bedroom, you record a story time video lamenting what happened. It gets kind of heated (maybe a couple four-letter words come out) but whatever, you’re just speaking your mind, right? And then you hit post.

The next morning, your video goes viral...in a not-so-good way. It spreads across your whole school, finally making its way into the hands of administrators. They decide to punish you for causing a “disruption.” Suddenly, you feel like a YouTuber apologizing for some bad joke you tweeted. Except you’re not a celebrity, you’re a student—and it’s not your fans who are trying to cancel you, it’s your school.

This isn’t just a hypothetical: A similar story actually happened to former high school cheerleader Brandi Levy, who was 14 when she got suspended from her JV cheer squad after posting a profanity-laced Snapchat, complaining about not making varsity. Levy and her parents thought the school went too far and decided to take legal action. Fast-forward four years later to this past summer when the case made it all the way to the Supreme Court, whose job was to decide: Can your school cancel you for what you say *off* campus?

“Freedom of speech” is an American right according to the Constitution’s First Amendment. And though it may sound like a pretty straightforward concept, it’s actually somewhat hazy, especially for students. In broad strokes, free speech entitles U.S. citizens to express themselves without fear of governmental punishment or intervention.

“Where it gets tricky is when student speech impacts the school environment,” clarifies lawyer James Carlos McFall. (Last year, McFall obtained the largest-known settlement in a student speech case in U.S. history. The case involved a California student who was punished for making an off-campus parody video that his school found offensive.) If a student says something on school grounds that is hateful, bullying or inappropriate, the school has the right to take disciplinary action.

Even if a student says something outside of class that’s egregious enough to cause a “material and substantial disruption” at school, administrators may have the right to enforce consequences. But schools can’t penalize students for simply cursing on a video. If they could, commented Supreme Court Justice Stephen Breyer, then “every school in the country would be doing nothing but punishing.”

Social media complicates things, since the boundary separating “in-school speech” and “out-of-school speech” is fuzzy. In other words, you could say something at home that has an impact at school because once you post it, you’re basically inviting anyone and everyone to hear what you have to say. “That blurred line of where speech originates and where it lands is a natural consequence of social media,” says McFall. “It has made First Amendment analyses of these issues really interesting.”

Back to the case of Brandi Levy and her Snapchat: The Supreme Court ultimately ruled in her favor. They decided that even though Levy’s post was “crude,” it was not obscene enough to wreak havoc at school, especially since it was made on a weekend with Levy’s personal cellphone and was intended for a small audience of social media friends. If Levy’s parents had wanted to punish her for making the video, that would have been up to them. But in the end, Levy’s post was essentially ruled to be none of the school’s business.

This summer’s ruling was a win for Levy, but it doesn’t mean students are totally in the clear when it comes to sounding off on social media. The Supreme Court declined to make any “broad, highly general First Amendment rules stating just what counts as ‘off-campus speech,’” so other cases like this are bound to come up in the future.

If you do have something important but potentially controversial to say to your followers? First, flip through the student handbook to see if your school has any social media policies in place. Or meet with your favorite administrator to figure out what is and isn’t allowed online. Get comfortable talking about this topic so you know your rights, can articulate them well and protect yourself, advises McFall. And even though it’s not illegal to say whatever you want online, experts agree it’s still wise to think twice.

“Sharing on social media comes with risk,” says Sierra Dator, a clinical social worker and head of Wise Girl Workshops, a youth wellness program. Dator says it’s important to realize that posting a photo, meme or viewpoint online opens you up to “both applause and scrutiny”—and what you share could follow you for years to come.

Remember that even though you might stand by a certain statement today—either a joke or a complaint—it could make you cringe (or even compromise opportunities with jobs and college admissions) in the not-too-distant future. “The fact is, we change our minds as we get older,” says Dator. “So, post in good faith what you believe is worth it, knowing you might not always feel as you do now.”

Don’t be afraid to archive and delete old posts or make your account private, where only those who know and understand you will see it. But most important? Consider if your post could be hurting another person. It all comes down to this: At the end of the day, regardless of whether your school can cancel you, shouldn't our standards be higher than that?

Here’s a helpful checklist straight from the experts. Try ’em all before you hit “share”...

Take a breather: Ranting to your mom or BFF? A-OK. But venting to strangers isn’t exactly self-care. Instead, release your frustrated feels with a walk, solo dance party or artsy activity (your half-completed crochet scarf thanks you). That’s how you turn a morose mood into mindfulness and genuine growth—without new issues to handle.

Get an outside opinion: When you’re majorly in the moment, it’s hard to gain an objective point of view on your vibe. Rather than risk it, run your post by a reliable source—your friend who always knows how to calm you down, your trusted chemistry tutor or your older cousin who’s far removed from the sitch. Ask for an authentic assessment of how you come across and when in doubt, delete.

Picture your future self:  You may hate your tough tennis coach now, but what if she becomes your private instructor in a few years—and you end up liking her results-driven style? The problem is that old posts, even when super dated, still make an embarrassing and hurtful impact when they resurface. Trust your gut and protect everyone’s future feels by writing in your private journal instead. “Being mindful, looking to others for feedback, asking yourself critical questions and using the delete button are all strategies to help young people have a positive and safe experience using social media,” concludes Dator. And we’re so here for that.

Gifs via Giphy | Slider via Pexels