How to do EVERYTHING better this year 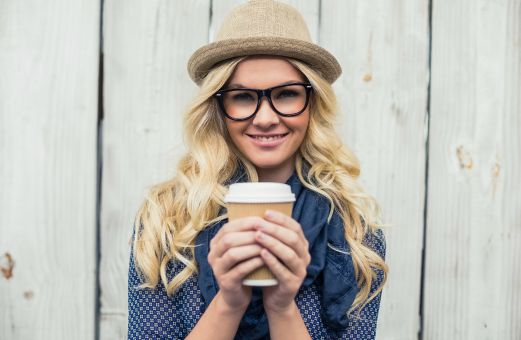 New year, new you, right? Sure, but that doesn’t mean you’ve gotta chop off your hair or revamp your wardrobe. Making small swaps to everything from your study habits to your ability to shake off mortifying moments can bring about big changes—and make this year totally rock. We talked to celebs, teachers and girls like you to compile the best tips to take ya straight to the head of the class.

HOW TO: Ace a hard class without giving up your social life

To keep your nightly homework seshes from stretching into the wee hours, make the most of class time. If that means ditching your back-row buds to sit up front or using homeroom for studying instead of chit-chatting, so be it. And when it comes to those pesky math problems you were assigned, get ’em done. It’ll actually save you time because you won’t have to cram the night before a big test. “I was the only one in my class who did the homework,” says Sara K., 13, “and the only one to get a good grade!”

ONE MORE THING... Reward yourself with something special—a scoop of ice cream or video game time with your bro—after you’ve wrapped up your work, advises Zachary Gordon, 13, star of Diary of a Wimpy Kid: Rodrick Rules. Having something to look forward to will help ya fly through those equations.

HOW TO impress your teacher without looking like a brown-noser
Participating in class doesn’t have to mean morphing into a hand-waving Hermione. Make a good first impression with Teach by asking a question or two every day the first week, advises former teacher Heidi Waterfield. Eye contact shows you’re paying attention, which is totally appreciated by your teacher.

ONE MORE THING... It’s not tough to turn yourself into a model student, provided you follow a few tried ‘n’ true guidelines. Says Abbigail C., 13, “The important things are staying quiet unless you’re called on, turning in your work on time and always doing your best.”

You don’t need megabucks to look amazing. Choose a favorite piece, whether it’s a DIY skirt or some tricked-out Toms, then create a casual outfit around that. Stuck with a boring uniform? It’s all about piling on the accessories. Laura P., 14, tells us a statement necklace or cute ballet flats take a blah outfit to the next level.

ONE MORE THING... Dying for something fresh? “Go through Mom’s old things,” says Erika Katz, author of Bonding Over Beauty. “A lot of her clothes from the ’80s are back in style.” Hey, it’s new to you!

Our brains are wired to remember images better than numbers. Ellie L., 14, says silly poems, songs or chants help the numbers stick in her head (think: “I have 14 dogs, 24 cats and four goldfish.”) Still struggling? Try a lock with a letter-based combination instead of the usual number series.

ONE MORE THING... Repetition actually works! Whenever he has to remember a combo, singer Shane Harper, 18, repeats it seven times in his head, then again out loud. How easy is that?

HOW TO find your way around a building the size of a small state
Take a map of your new school and add your own landmarks to it throughout the first week (like, say, the locker location of the cute kid from gym). Creating a personal copy will help keep the building’s blueprint in your mind when you’ve gotta book it to bio before the bell.

ONE MORE THING... When all else fails, pop your head into the nearest classroom and ask for directions, says Kamala Appel, a college admissions expert and former teacher. Better than being late!

HOW TO deal with upperclassmen without looking like a dork
First off, juniors and seniors are sooo not scary. Weren’t they in your shoes just a few years ago? Act confident and your age will not matter. More importantly, never let your newbie status stop you from going after something you want. “The marching band was mostly upperclassmen, but I joined anyway,” says Mary M., 15. “Because we shared the same interest, it didn’t matter that I was a freshman. I made lots of new friends.”

ONE MORE THING... If you or your buds have older sibs, use their connections to chat up upperclassmen, suggests Marlene Caroselli, a former English teacher. Chances are, they’ll take you in if you’re so-and-so’s little sister.

HOW TO win over new people without seeming fake

Easiest way to alienate a potential pal? Zone out during a convo. “You’ve got to listen,” says Catie D., 16. “Be sure to remember her name and what she’s talking about. It’ll show you cared when you bring it up in conversation later.” Ask questions and repeat the person’s name a few times until you’ve got it down. And don’t forget to smile and say hey when you pass in the halls.

ONE MORE THING... Partnering up for a study sesh is a great way to make a new BFF. Invite your lab partner over before the big science exam and swap stories while you scribble flashcards.

HOW TO keep your cool after a mortifying moment

We’ve all been there: Walking into class with TP stuck to our shoe, tripping up the steps or worse. It’s tough to shake off, but do your best to pretend that whatever happened was so not a big deal. “Don’t let the little things that go wrong get to you,” says Erin W., 14. “If you mess up, people won’t remember your mistakes in a month. And you won’t either if you don’t dwell on them!”

ONE MORE THING... Just laugh it off. Or better yet, think of something funny to say to play off your gaffe, suggests Caroselli. (Slipped in the hall? Try, “I want you all to know I didn’t even need a banana peel to do that trick.”)

It’s time to pull out your A-game—and we’re not just talking about your killer moves on the field. “Act confident,” says Kimberly D., 12. “Of course you’ll be nervous, but try to act like you’re not.” Then all everyone else will see is a calm-and-collected you.

ONE MORE THING... Dancing With The Stars finalist Chelsea Kane, 22, says the key to nailing an audition is tweaking your thinking. “I used to walk into auditions thinking I’d never get the part until an acting coach told me, ‘Well, if that’s your mind-set, then you have nothing to worry about.’” Yeah, nothing to worry about because she wasn’t going to get it! ’Cause here’s the secret: If you think you can’t do it, you won’t! Nix negativity by giving yourself a positive pep talk prior to tryouts. You just may get what you want. And if you don’t? Move on— there’s a whole lotta year left. Why don’t ya make the most of it?

What's the one thing you wish you could do better this year? Let us know below!