Last night was all about the King of Pop, the one and only Michael Jackson. I was overwhelmed with excitement! I am a huge Jackson fan and couldn’t wait to hear what the contestants had up their sleeves. With such a large selection of hits to choose from, the top 13 gave it their all and the competition is definitely starting to heat up!

Li’l Rounds started off the night with “The Way You Make Me Feel.” Her powerful voice rocked the stage the minute she started walking down the stairs. Although her vocals were strong and the song is one of my faves, I didn’t find it to be a memorable performance. The judges, on the other hand, thought she did a great job kicking off season 8, though Simon could have done without her pastel outfit. B+ 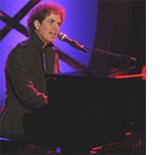 Scott MacIntyre went second singing “Keep the Faith.” He is always totally emotionally connected to the songs he picks, though I was not a fan of this choice. He did, however, play the piano flawlessly for only learning the song a few days prior and he was definitely full of enthusiasm. The judges weren’t in love with this Jackson pick, but thought it had a great message nonetheless. B+

Danny Gokey captured the audience with the song “PYT.”  This was by far one of my fave performances and I totally agreed with Randy that his dance moves went along great with his singing. Danny had an infectious, energetic vibe and his strong vocals were filled with joy and passion. What’s not to love? A+

Michael Sarver went next singing “You Are Not Alone.”  His voice was smooth and he gave the song his own unique rhythm. I thought it was a soothing and refreshing performance and like the judges, felt his passion and heart as well! A-

Jasmine Murray sang the Jackson hit “I’ll Be There.”  Her bubbly and cheery personality lit up the stage and she was able to hit those high notes with ease. The judges were impressed with her vocals once again, though Simon thinks she sounded a bit robotic. A-

Kris Allen brought a smile to my face with the song “Remember The Time.” He is a total cutie and his voice and guitar skills sounded amazing! The judges agreed and Cara added that she could see that his guitar made him feel more comfortable. I will def be voting for Kris! A

Allison Irahetta rocked out to “Give It To Me.”  She is a true rocker and always sticks to her unique image. I love her raspy vocals and she absolutely made the song her own. The judges were in awe of her natural talent and could not believe she is only 16-years-old (and neither can I!). A

Jorge Nunez sang “Never Can Say Goodbye” and Simon seemed to wish that he could.  Jorge always shows that he is a strong singer with smooth vocals, though I found the song to be a bit boring. With a different song, Jorge could have done a much better job! B

Anoop Desai followed Allison singing “Beat It.” While I have been a dedicated fan of Anoop, I was not impressed with his performance. Although he always has a ton of fun on stage and really gets into the music, I agree with the judges that it was totally the wrong song choice. Anoop was not able to show us his range and the powerful voice we know he has! B-

Adam Lambert wowed the audience and the judges with “Black and White.” He is truly an incredible performer with natural talent. His vocals sounded amazing and he hit those high notes like no other. His passion for music comes across so clearly and I agree with Paula that he will be making it very far in this competition. A+

Megan Corkrey went next singing “Rockin’ Robin.” I have liked her soulful voice from day one, but I have to admit that this song choice was disappointing as well. I would have liked to see her pick something with a bit more depth and range. Those bird noises at the end kind of threw me off, too. While the judges think she could have picked a better song, they like that she is able to let her personality shine through in her performances. B+ 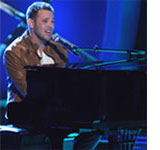 Matt Giraud was accompanied by his piano singing “Human Nature.” I have one word for Matt’s performance—LOVE! I can’t get enough of his smooth jazzy vocals and I found his rendition of the song to be brilliant! The judges enjoyed the performance as well! Go Matt! A+

Alexis Grace ended the show with “Dirty Diana.” For such a tiny girl, Alexis is definitely a powerful force and I thought that this song was perfect for her strong vocals. The judges liked her attitude, but thought that she was a bit over the top. A-

I have to say that Michael Jackson night was an overall success. Although some performances weren’t overly fantastic, the songs will definitely be stuck in my head for the next week or two. My mind is all over the place thinking about which 2 will be voted off. It hurts me to say I might have to go with Anoop-dawg and Megan Corkrey, though I would miss them terribly. So girls, who do you think should be sent home? Tell us your thoughts!