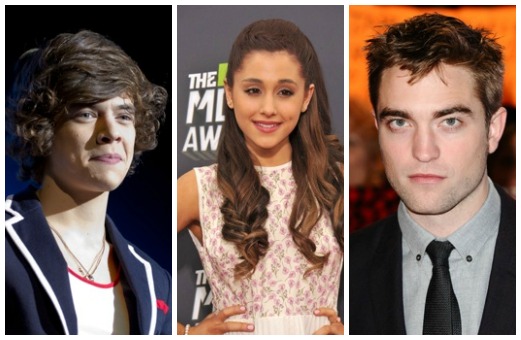 Hey, we’re still celebrating the Fourth of July—and the stars are, too. Want music deets from our fave singers? And what are the latest rumors on who’s dating some of our fave British hunks? Check out what's happening in Hollywood below.

Do you hear that? It’s Demi Lovato and Ariana Grande singing on the same track. Seriously, you can almost hear the chart-topping single already. Demi Lovato confirmed this week that that the two will in fact be working together on a song. She said, “We’ve already talked about it. I love her so much, I’m definitely going to collaborate with her.” It’s gonna be amazing!

All of Hollywood was out on Monday night at the Staples Center for Beyonce’s concert. We’re talking Selena Gomez, Elle Fanning, Rob Pattinson, Lea Michele, Chris Evans and Kendall Jenner. Who knew Beyonce had such a diverse following. Can you even imagine not only seeing Beyonce live with your BFFs but also running into your fave stars? We die.

...And if they weren’t at the concert, they were in Paris

Ooh la la! It's Paris Fashion Week and all of our fave starlets were hitting up the fab couture shows. So who was spotted front row where? Emma Roberts was seen at Versace, Kristen Stewart and RiRi wore front row at Chanel, and J Law’s the new face of Dior, so she obviously was at their runway show. We wish we could see all the amazing dresses up close. Very chic, don’t ya think?

Not so fast! When the Twilight star was snapped by papz driving with a girl (who was thought to be Riley Keough, granddaughter of Elvis Presley) in the passenger seat, the media went crazy speculating that this chick was his new girlfriend. Really, so soon after ending things with Kristen Stewart? Well it turns out it's just not true. Rob’s reps haven't said anything as usual. But a rep for Riley said, “Riley isn't dating Rob.” Guess that’s that. We’re hearing RPatz is def single and happy, for now.

Selena Gomez’s chart-topping single hit numero uno this week. She sure is on a high ever since her new baby sis was born. But we’re not the only ones happy for Sel—the starlet is just as thrilled. One look at this vid and you’ll see.

Does Harry have a new girl?!

The 1D singer was spotted hanging with British model Kara Marshall while shopping in an Apple store in NYC this week. Remind you of when he was rumored to be dating another British model, Cara Delevingne? Well, the next day Kara was seen wearing one of Harry’s tees so people think they're dating now. Maybe it was just a coincidence? A girl can dream, right? 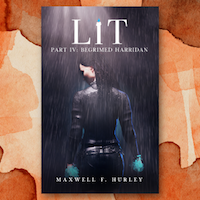 The Dark should fear a Sentry with nothing to lose. Enter to win here!