The 86th Academy Awards: Did you watch? 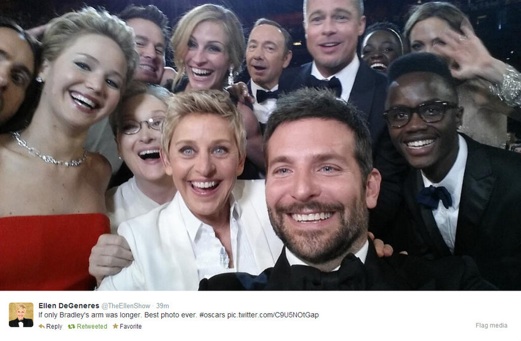 The biggest night in Hollywood recognizing another year of fab movies took place last night. Did you tune in to this year’s Oscars? From host Ellen DeGeneres having pizza delivered to the celeb-stuffed Dolby Theater to Pink’s ah-mazing tribute to The Wizard of Oz, the awards show was not to be missed.

Check out Pink’s performance below…

The stage lit up with more equally impressive performances of the four songs nominated for Best Original Song. And some of the acceptance speeches (like Lupita Nyong'o’s) made us shed some tears.

If you missed all of the action, don’t worry! We’ve compiled a list of some of the biggest winners below…as well as those we were rooting for ’til the very end.

The Wolf of Wall Street

Her, William Butler and Owen Pallett

"Happy" from Despicable Me 2

"Let It Go" from Frozen (Winner and GL’s pick)

"The Moon Song" from Her

The Hobbit: The Desolation of Smaug

Did your picks win big? Share in the comments below.