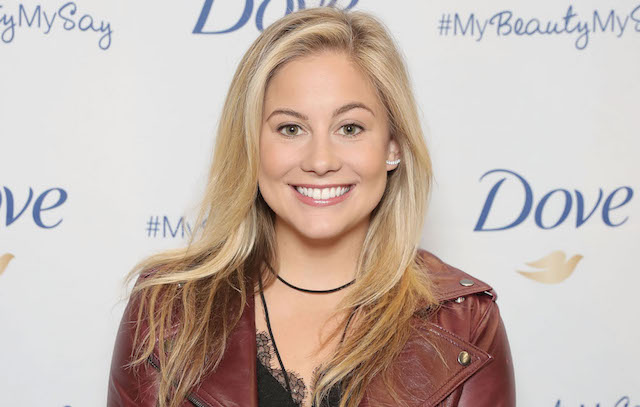 Shawn Johnson, Olympic gold medal gymnast, is proving to be our favorite role model with her new collab with Dove's #MyBeautyMySay campaign.

#MyBeautyMySay showcases female athletes like Shawn Johnson and boxer Heather Hardy who are breaking the mold on the traditional beauty that the media perpetuates. Shawn in particular partnered with Dove "to challenge the way women are represented in the media." Shawn admits that she has faced many comments and criticism throughout her gymnastics career—haters said she was 'too muscular,' 'looked to young’ and that she was 'too short.'

This criticism doesn't stop with Shawn, though. A study found that 64 percent of female athletes featured in the media are shown in passive poses—meaning glamorous or sexy—compared to a majority of male athletes, who are portrayed emphasizing their skill in their sport. And research by Dove found that 85 percent of women and 79 percent of girls with low body-esteem are more likely to stop doing the things they love, including sports activities, if they don't feel good about the way they look.

In Dove’s latest video for the campaign, women of all different backgrounds share critiscism they have heard about their non-traditional beauty and expressed that beauty has no definiton.

*You* can help encourage women everywhere to stand up for their own beauty by sharing your story using #MyBeautyMySay on social media and take a stand by tweeting at media whose coverage perpetuates this negativity using the hashtag #MyBeautyMySay. This is especially important to do as we head into the 2016 Olympic games—if you notice that a news outlet (newspaper, broadcast news, magazine, blog, website, etc.) is reporting on a female olympic athlete's looks when they should be talking about her performance, call them out on it.

Has anyone ever made you feel less-than for the way that you look? Share your story and how you overcame the haters in the comments below!

POSTED IN I feel fat, Love your bod, celebrity interviews, self-esteem, athlete, sports, All About You, TRENDING, Celebs