*This* is why Raven's Home's Sky Katz loves Selena Gomez

After the premiere of Descendants 2, you maybe have caught the fab first ep of Raven’s Home, a spinoff of the classic Disney Channel hit That’s So Raven. (Missed it? You can watch it HERE for free!) Whether you’ve seen That’s So Raven with an older sib, or just happened to stumble upon a rerun, the hilar show followed Raven Baxter, an ordinary high school girl with a crazy secret: She’s psychic!

Now ten years since the OG series, we get an amazing new one chronicling the lives of Raven, her BFF, Chelsea, and their respective kids. Rapper and America’s Got Talent contestant Sky Katz plays Tess, the fam’s neighbor, and as soon as we saw the show, we knew we had to get the scoop on all things Raven’s Home and her amazing music career!

On getting to star in Raven’s Home
Sky was super excited to be a part of the show because she’s a fan of the original series. “Growing up, Disney Channel was always playing in my house,” she spilled. “My siblings and I loved to watch That’s So Raven, so being on the new show is a dream come true!”

On what fans can expect from the show
Any Raven fans know that the show is notorious for completely hilarious and outrageous adventures. Sky promised that the new show will still have these fun moments. “You’ll laugh so hard your stomach will hurt!”

On the *best* parts about playing Tess
Tess has some majorly funny moments with Levi (Jason Maybaum), Chelsea’s son. “I address him in funny ways,” Sky dished. Another thing she loves about Tess? “Her sarcastic one-liners!”

On her music career
Even though she’s a fab actress, Sky got her start in the music scene. “Music was the first thing I became interested in,” she said. “It’s the reason I’m where I am today, and I’ll always make time for music no matter what.” But don’t ask her to pick between the two. “That’s like choosing if you like your mom or your dad better!”

On celebs she looks up to
Sky has picked a majorly multi-talented role model. “I aspire to be like Selena Gomez!” she spilled. “She’s super talented and inspires me to stay true to myself.”

You can catch Sky as Tess in Raven’s Home, Fridays at 8 p.m. EST on Disney Channel.

Are you loving Raven’s Home? Let us know in the comments below! 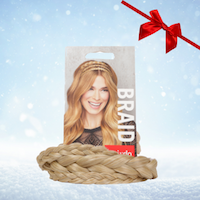