These two *huge* BTS announcements will make you smile 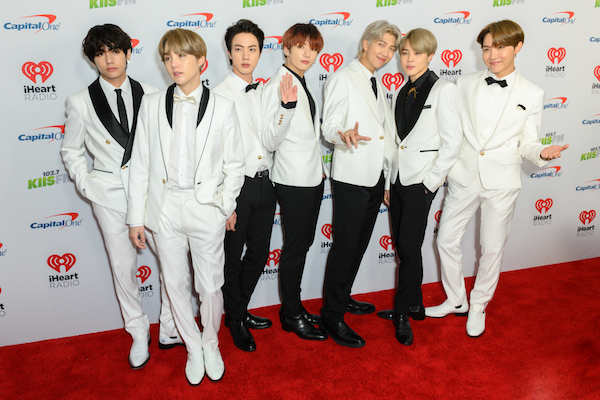 If you've already pre-ordered BTS' Map of the Soul: 7 (which officially comes out February 21, btw), then you're in good company...because so did 3.24 million other people! Yep, with pre-orders like this, BTS is set to smash records with their release. And we're sure the momentum will only increase when BTS releases their first single off the album this Friday (Girls' Life will have you covered on that too, natch).

Related: How rude! BTS shut out of Grammy nominations

2020 is shaping up to be another crazy successful year for BTS. They also recently announced a new initiative, "Connect, BTS"—which aims to highlight the group's love for the arts. "Connect, BTS is a global project to connect five cities and twenty-two artists, each of whom contributes their unique philosophy and imagination to it,” a message on the project's website states. “This project aims to redefine the relationships between art and music, the material and immaterial, artists and their audiences, artists and artists, theory and practice. Connect, BTS may be described in terms of a collective curatorial practice by curators around the world who resonated with BTS' philosophy."

Basically, through Connect, BTS, fans will get the opportunity to understand the group's artistic views more clearly as they choose artists to spotlight. There will be exhibits in London, Berlin, Buenos Aires, Seoul and New York (see the dates and exact locations here), and fans from all around the world can track the exhibits from anywhere by checking the website for video updates.

What do you love most about BTS? Tell us in the comments!