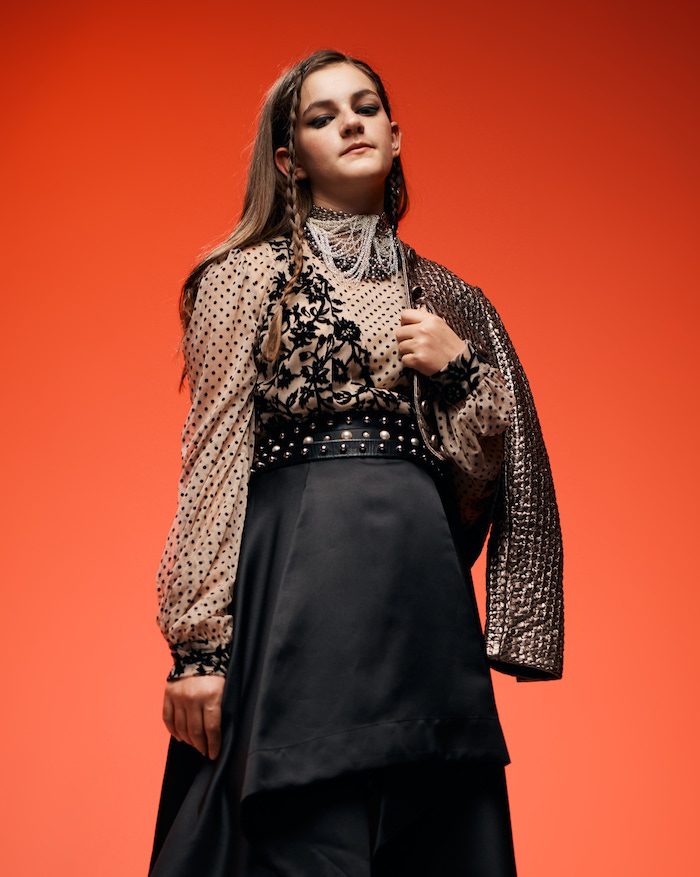 Whether she is headlining iconic music venues like The House of Blues and The Bitter End or performing in front of her entire school, Kjersti Long is no stranger to the spotlight. Having written her first song at age nine, Kjersti was bitten by the musical bug at a young age.

The rock-pop prodigy has amassed an impressive resume at just 14 years old. With a gift for storytelling, she has already released an original song titled "Not Your Princess," which encourages listeners to choose their own path and be who they want to be.

Kjersti recently released the music video for "Not Your Princess", which she described as an overwhelmingly positive experience. "I got to do a lot of stuff my parents would never allow me to do. For most of the music video I jumping on a bed. It was a blast," she said.

How would you describe your sound? "Soulful 80s rock...but from a 14-year-old teenager."

What are you looking forward to this year? "Live music! Performing with my band is by far my favorite thing to do."

Aside from releasing original music, the New York City native is also known for her powerful covers of classic rock songs. "I love covering old songs," she said. "We recently rewrote "Bus Stop" by the Hollies. It has some old concepts so we made it more modern!"

Wanna hear it for yourself? Check it out below:

Kjersti's passion for old music is clear. She stumbled upon The Beatles' song "Eleanor Rigby" while watching the hit film Yesterday. In the film, the main character wakes up in a world where no one has heard of The Beatles and, consequentially, of their music. After hearing the main character forget the correct lyrics to "Eleanor Rigby," she decided to rearrange it and put it out herself. "I thought it was hilarious [in the movie] because it was about socks and windows...but it's actually a really deep song. I was like, wow, I should cover this. It’s got such a great message."

The "Eleanor Rigby" music video is set to launch soon, so stay tuned by subscibing to Kjersti's YouTube Channel and following her on social media.