Jackson Dollinger talks Sydney to the Max, his new single and more 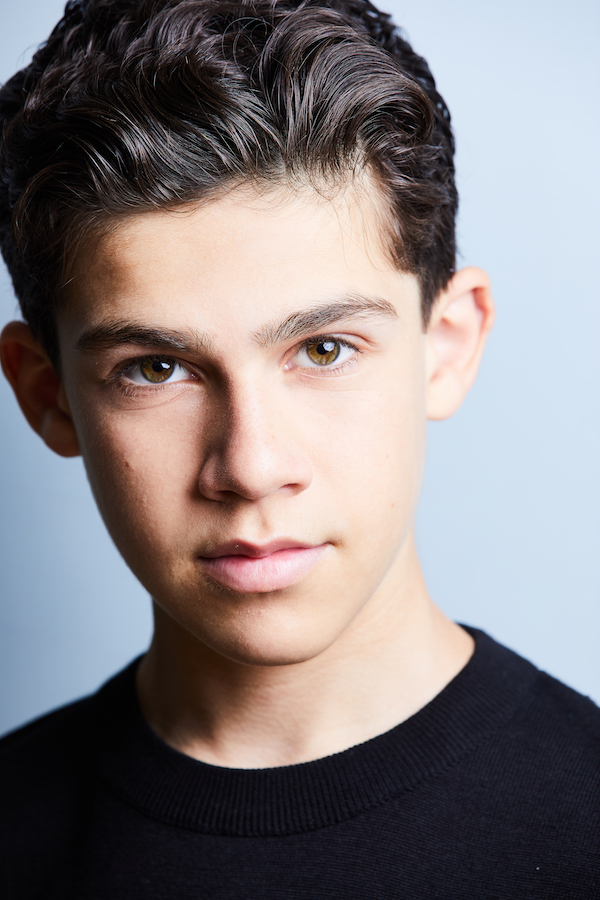 Whether you know him from his good-vibes music releases or his hilarious role on Disney Channel's Sydney to the Max, Jackson Dollinger is well on his way to becoming a household name. When Girls' Life caught up with the budding star, we chatted all things Sydney to the Max, his latest single (and his plans for the future.

Keep reading to learn *everything* you need to know about Jackson Dollinger and check out his latest single, “I’m Yours 2," which is streaming on all platforms.

GL: Describe yourself in three words. Why did you choose those three?

Jackson: Creative. Loyal. Funny. I didn’t know what words to choose so I asked my friends and that’s what they all said!

GL: We know you’re trained in acting, singing and multiple other disciplines. How did you first become interested in pursuing the arts?

Jackson: Thank you so much! I started acting at the age of 9 because of a friend. He would always go on auditions, and one day I decided to ask my parents if I could try acting. They said yes. From there, I got an agent. I started off in commercials, and eventually moved into the theatrical world and landed my role as Young Max on the Disney Channel Original Series, Sydney to the Max. That role changed my life. I learned a lot on the set of Sydney to the Max.  I noticed a lot of my peers were pursuing a music career. I decided I wanted to give music a shot, but I wanted to do it my own way. So, I taught myself how to make beats, and then I started writing songs and recording them in my home studio. Once I built up a catalog of original music, I released “I’m Yours.”

GL: Where did you get the inspiration for your latest single?

GL: What do you hope your audience takes away from this music?

Jackson: I hope my song brings my supporters a lot of joy. This song has good vibes, is catchy and the chorus is really easy to grasp on to.

Jackson: When I create a song, I usually start off with a chord progression or some sort of melody. That is enough to get me inspired and ready to record. Then I come up with the first line of the song, and based on that first line, I start punching in or writing the rest of the lyrics. Once I’m done recording the vocals, I’ll go back in and add different production elements like drums and adlibs. Then I’ll mix the song to the best of my abilities and send it to my mixer Phil, who does the final mix that you guys hear on all platforms!

GL: How would you describe your sound?

GL: What is your favorite part of acting in Sydney to the Max? Do you have a favorite story from the set?
Jackson: It's definitely working with the amazing cast and crew! I learned so much from them and had a blast. I’m so grateful that I get to wake up everyday and do what I love. My favorite episode to film was “Nightmare on Syd Street.” For people who aren't familiar with Sydney to the Max, it is set in 2 different time periods, 1992 and present day. Because of this, the 90’s cast, which I am part of, never crosses over with the present day cast, until the “Nightmare on Syd Street” episode. It was an amazing episode to film because we finally got to be in scenes with the present day cast, and I got to do my own stunts!

GL: What is next for you?

Jackson: I can’t wait to release more music! Make sure to go check out my new single “I’m Yours 2," and stay tuned for all of the new episodes of Sydney to the Max.

Parts of this interview have been edited for grammar and clarity. Images: Cathryn Farnsworth