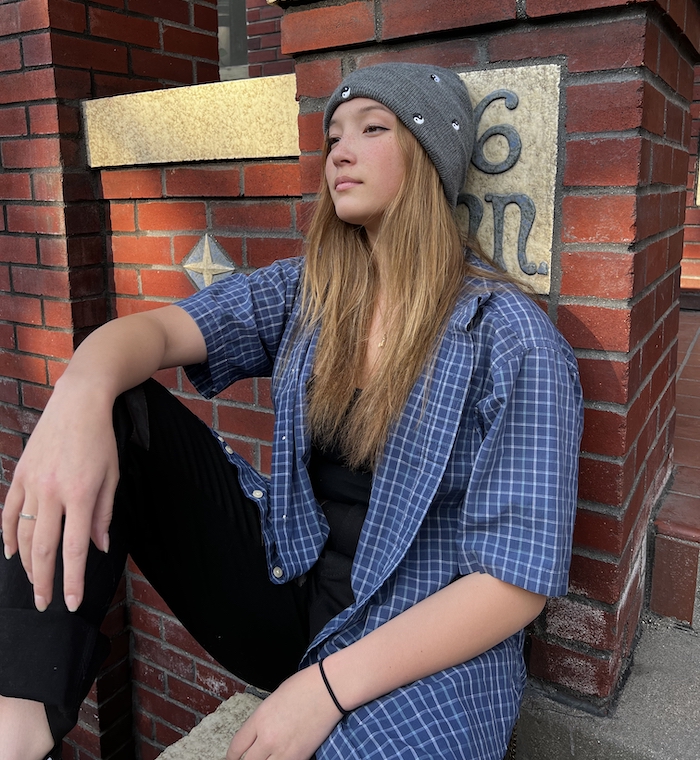 Saylor Bell is living out our collective daydream: She just joined the cast of High School Musical: The Musical: The Series. The 18-year-old appears in season three of the Disney+ hit as Maddox, a tech-savvy camper at Camp Shallow Lake, where our favorite Wildcats are putting on a production of Frozen. We got Saylor to share some brutally honest truths about herself (and HSMTMTS), so keep reading for the tea.

Truth 1: She was *super* stressed about joining the HSMTMTS cast.

"I was terrified to join this cast, because they've been working together for two seasons already and they're all so close. I'm also a little bit younger than most of the cast members, so I was very anxious about joining a cast like that. But I honestly have never had an easier transition into work than I have with this show. I was so lucky to have all these people who immediately wanted to get to know me and wanted to include me in everything."

Truth 2: Julia Lester was her built-in big sister on set.

"Julia was so chill. She was so welcoming. She was like, 'Ask me any questions.' She told me everything I needed to know, and it was so great. She was really funny the first time we hung out. She told me that she was expecting someone who was 12, because she didn't know anything about me when we met. But it was great—she's literally been my big sister since day one, and I could not look for more." 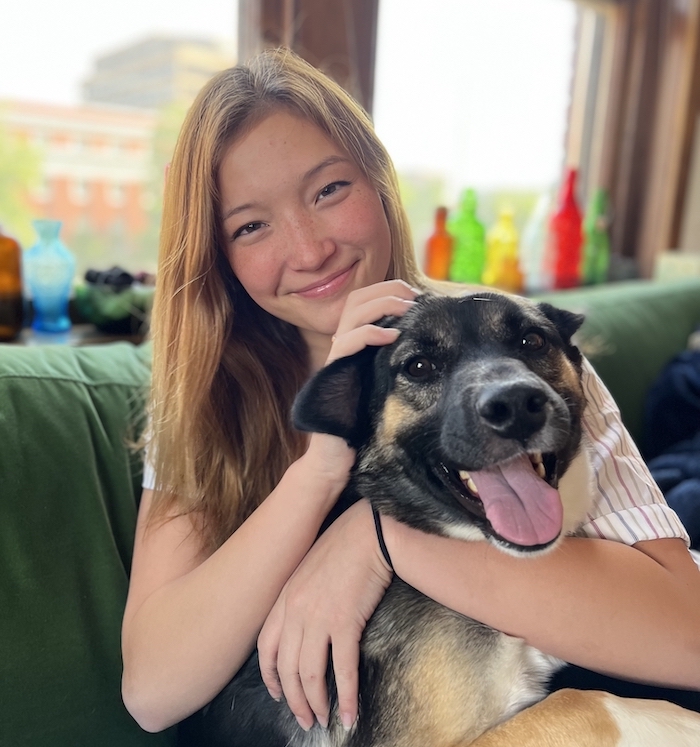 Truth 3: She had a previous HSMTMTS connection.

"I watched season one right when it came out because I had a friend in it. So I was like, 'Oh, I totally have to watch her shining in this.' It was actually Olivia [Rodrigo]. I worked with her on a different show when were, like 13, maybe. And she was so sweet when I was coming into the third season, too. She texted me and was like, 'Are you gonna be in the third season?' It was just nice to already have people rooting for me when I was joining the cast.

Truth 4: Speaking of Olivia, her favorite Sour song is a deep cut.

"I'm a really big fan of 'hope ur ok.' I just think it's so beautiful, and it sends such a beautiful message."

Truth 5: She's known to belt out a classic Disney track in the car.

"'Almost There' from Princess and the Frog was one of my favorite songs when I was a kid. Whenever I had the aux in the car, I would play it, and I would always be trying as best as I could—but not quite accurately—that last giant belt at the end. I was always like, 'I'm gonna get it this time. I got it. I can do this.' And every time I ended up running out of air."

Truth 6: She's more than a little obsessed with beanies—and she has no shame about that.

"I'm so, so out of fashion. I have no idea of what is in or what is out. I just put on sweats and big shirts in the morning, and that's what I wear all day. But one thing that I do love is beanies. I don't even know if they're a thing right now, but if they're not, I think everyone should wear beanies. They're so cool, especially when your hair's a mess. Just throw a beanie on. That's what I do. Every time I leave the house, I make sure I have a beanie with me."