What is considered beautiful?

“Make me beautiful". Seems like a strange request, right? Afterall, what is beautiful?
That's exactly what Esther Honig wanted to find out. Honig set out with a task for photo editors from around the world in order to investigate what different cultures consider to be attractive.

This Kansas based journalist called out a community of Photoshop pros with one very special request -- to make her beautiful. From there, over 20 photo editors around the globe edited Honig’s original and un-modified image to exhibit what they considered attractive and the results were all totally different.

Extremely curious to see how people in different countries would alter her image, Honig had over 40 artists from 25 countries participate -- and Morocco’s version of her image was one of the most eye-opening examples. The editor’s choice to dress her in a Hijab introduced her to a new element to the idea of beauty and religious customs that hadn’t really been considered. While some artists didn’t make major changes to her photo, the most shocking result came from right here in the USA. The image she received from the U.S. portrayed a blonde haired beauty...making her pretty much unrecognizable!

So, GL wants to know: After seeing Honig’s before and after shots on the web -- if given the opportunity to edit, how would you change Esther’s appearance?

Let us know in your comments below and be sure to check out all the other edited photos HERE! 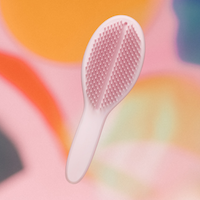