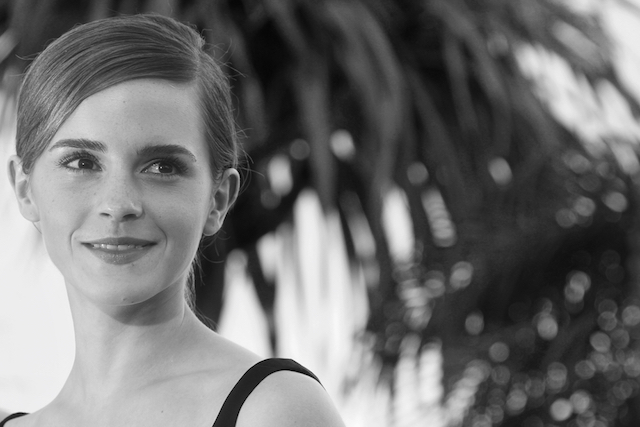 By now, you know all about the Global Goals For Sustainable Development. Among many amazing efforts for a myriad of causes, their Spice Girls’ video, in which they showed the world what girls "really, really want" for gender equality, is probably the first that comes to your mind.

Now, they've released another inspiring video—this one is titled "Hurdles" and created by women's equality advocate and all around amazing woman, Emma Watson. You can watch the video on her Twitter here.

The flick features footage of the Women's 100 hurdles in the 1964 Olympics. As we watch these strong women sprint down the track, Emma reminds us of the many metaphorical hurdles that we have already leapt over, and all the hurdles that are still in our path—ones that we will jump over. With Sia's "Chandelier" providing the soundtrack to the short film, it becomes a totally goose bump-inducing ordeal.

In addition to the video, Emma—a UN Women Goodwill Ambassador—is constantly making headlines for her work on the HeForShe campaign and just last week gave a speech about campus sexual assault and gender equality at the UN. Thus, reminding us yet again that she's just as wise as her plucky and smart HP counterpart.

What do you think of the vid? Did you get chills too? Tell us about it in the comments!