Everything you need to know about Justice Amy Coney Barrett 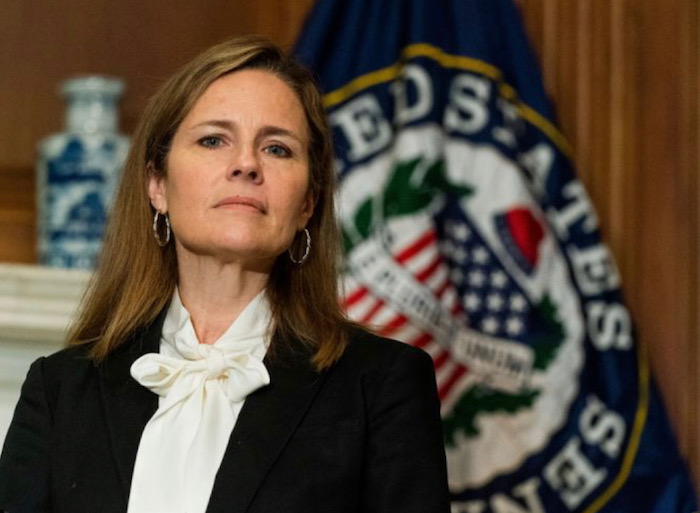 The Senate voted 52-48 on Monday, October 26, to confirm Amy Coney Barrett's nomination to the Supreme Court. Barrett was sworn in by Associate Justice Clarence Thomas and took the judicial oath during a private ceremony administered by Chief Justice John Roberts. Her confirmation comes just eight days prior to Election Day—and during one of the most politically contentious periods in modern American history. The third conservative judge that President Trump and Senate Republicans have confirmed in the past four years, Barrett's confirmation signifies a shift in the ideological balance of the Supreme Court. As the bench is now composed of a 6-3 conservative majority, the Supreme Court is set to lean towards the right for decades. Known for her traditional rulings, Barrett is popular among the federalist and conservative legal communities.

Barrett, 48, is now the youngest Supreme Court Justice and the first mother of school-aged children to occupy the nation's highest bench. In 1994, she graduated from Rhodes College with Honors and later attended law school at Notre Dame. After law school, Barrett served as a judicial law clerk for two judges, including the late Justice Antonin Scalia. She spent three years practicing law at a boutique law firm for litigation before returning to teach law at Notre Dame, where she earned the "Distinguished Professor of the Year" award three times. In May of 2017, President Trump nominated Barrett for the U.S. Court of Appeals for the Seventh Circuit, where she served as a federal judge until 2020 when she was nominated for the Supreme Court. Over 1,500 alumni of her undergraduate alma mater have signed a letter criticizing Barrett's record, but the Rhodes College administration has publicly supported her nomination.

What does she stand for?

Barrett describes herself as an originalist—meaning she interprets the Constitution exactly as it was written in 1787. Originalism is a fairly common perspective among conservative lawmakers as they consistently rule that the historical meanings of the Constitution are authoritative. Barrett also believes that Supreme Court decisions are not sacrosanct, meaning they can be challenged and overruled with time. Mentored by the late Justice Antonin Scalia, Barrett issued conservative rulings on a myriad of cases regarding civil rights, immigration, gun violence, healthcare and reproductive rights. A staunch Catholic, Barrett strongly opposes Roe v Wade, and has signed a letter to Catholic Bishops that supported the "value of human life from conception to natural death." Barrett has repeatedly stated that her personal beliefs will not affect her work as a judge.

Why is her nomination controversial?

Barrett's nomination was vehemently opposed by liberals and Democrats due to her conservative stances on abortion, immigration, healthcare and the LGBTQ+ community. Amy Coney Barrett now fills the seat of the late Justice Ruth Bader Ginsburg, a reproductive and civil rights activist. Prior to her death, Ginsburg stated that her "most fervent wish is that [she] will not be replaced until a new President is installed." Senate Democrats have also referred to Barrett's confirmation as "illegitimate," as they claim Senate Republicans have violated their own precedent by nominating Barrett to the Supreme Court during an election year. This precedent references Senate Republicans' refusal to hold a hearing or vote on President Obama's nominee for the Supreme Court at the end of his last term, on the basis that it was an election year. 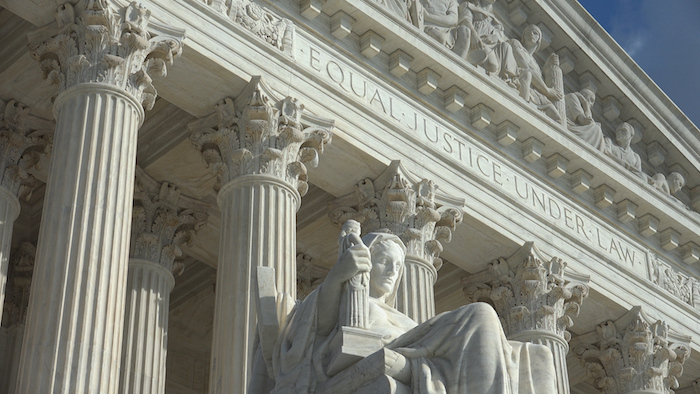 Following her confirmation, Barrett can rule on cases effective immediately. Her vote will be especially impactful if the Supreme Court winds up deciding the outcome of the 2020 election. In the coming weeks, the Supreme Court also hears important cases regarding voting rights and the future of the Affordable Care Act—meaning the implications of the new conservative 6-3 majority will soon be recognized.