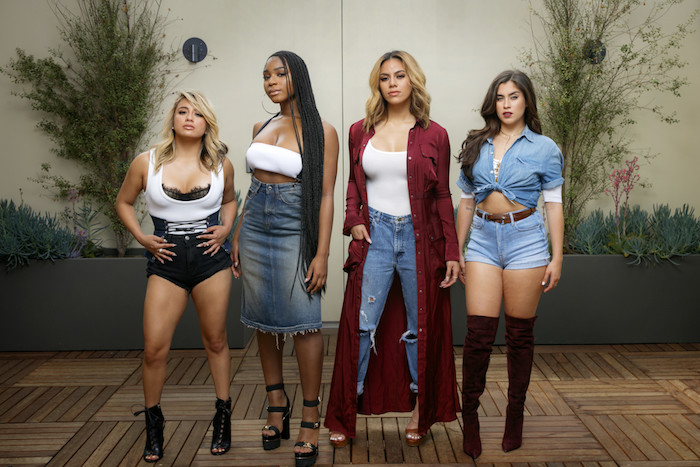 Fifth Harmony has been teasing their upcoming self-titled abum on their socials for what feels like ages. They posted the album cover and some tracks and, honestly, all this teasing is getting to be too much!  We can't contain ourselves for much longer, but good news is we won't have to. The band's sophomore album will *officially* be released on Aug. 25. YAS!

Here're five reasons why we're beyond excited for this album to release.

The lead single, "Down," was so lit.
When 5H debuted the hit on The Tonight Show Starring Jimmy Fallon, it went viral PM instantly. We can't stop listening to it and we know it's only the beginning!

In true 5H fashion, the album is most likely going to be overflowing with girl power
The girls have never disappointed fans when it comes to embracing femininity and female power. No doubt, this album is set to have tons more girl pride jams.

Their latest song, "Angel," will make you wanna dance
Pssst! Want to know a secret? When you preorder the album, you get to stream the single "Angel" *immediately*! You won't want to turn it off— promise.

This is their first album without Camila
As much as we love Camila Cabello (the former 5H member, obvi), we definitely support the "new" 5H and we're happy everyone's doing what they love to do.

Honestly, we just miss these girls!
It's been a while since Fifth Harmony put out a new soundtrack and we were getting impatient (if you couldn't already tell!!!). We miss jamming out to their songs and keeping constant tabs on their fabulousness.

What about this fierce 5H album are you most excited for? Share it with us in the comments!