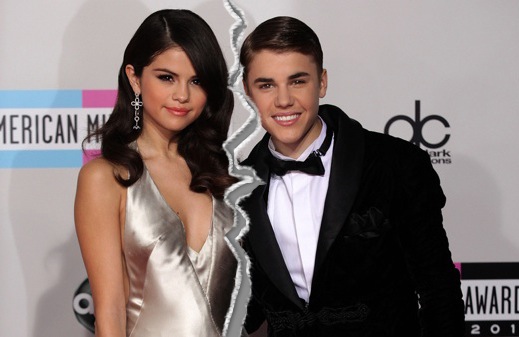 We’re still a little heartbroken over the split of celeb couple Selena Gomez and Justin Bieber. But then again, rumors are swirling that the two are back together. Hard to keep track, right?

Either way, there’s a lot to be learned by the actions of the duo during the height of their relationship’s demise (whether it was a final one or not!). Here are some techniques we spotted Sel using that could totally work for any heartbreak you might be trying to get over.

While Selena has been spotted attending events solo this month, like the recent UNICEF Snowflake Ball, her ex has been seen putting on a bitter front for a bit. After a Nov. 9 announcement of their breakup, the Biebs did an impromptu cover of Justin Timberlake’s “Cry Me a River” at his concert the next night. Considering that the song is about JT’s cheating ex GF, we have to call this move totally rude.

Watch the footage below…

The Lesson: While it’s healthy and normal to rag on your ex in private right after a split, hold back from publicly bashing the dude, both online and in real life.

The pair reportedly reunited a week after breakup reports, but it seems all wasn’t well just two days later. Justin was spotted outside of Selena’s house…and completely unable to get in! According to TMZ, our girl locked her ex BF out after she busted out off a dinner date just 10 minutes after arriving.

The Lesson: After a breakup, you need time to process the end of the relationship and be on your own. While you may not have to lock the gates to your house, delete him off your FB feed and resist the urge to text him.

Call on Your Girls

One day after kicking the Biebs to the curb (quite literally), People.com reports Sel was having a full-on girls night with another fellow famous female, Taylor Swift.

The Lesson: Right after a breakup, make sure to enjoy some GNO’s (girls night outs!)…especially if your BFF is killer at penning revenge lyrics! Have fun getting over your ex in any way you like, but maybe don’t perform that song at the school talent show.

While it’s always important to look and feel your best, there’s no time like right after a breakup to flaunt yourself loud and proud. Selena knows what’s up. Justin on the other hand? Well, he did show up to an accept award from the Canadian Prime Minister in overalls. 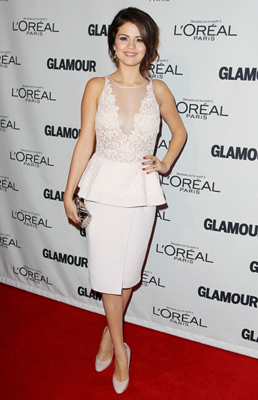 The Lesson: Keeping your chin up and continuing to look fab will make you feel like a million bucks. Falling into a rut and dressing like you’ve given up on life? Whelp, that will just draw the wrong kind of attention.

One of the toughest parts about breaking up is staying broken up. Hello, it’s what Jelena is currently struggling with!

The Lesson: In most cases, the relationship ended for a reason, so it needs to stay ended. There’s plenty of fish in the sea, and you just have to keep reminding yourself of that. At one point, you will probably have to talk to your ex again. Just stay strong and calm.

Do you think Jelena are better off split or together forever? What’s your #1 breakup tip? Blog about it, babes.