Simone Biles just got her first (and very Olympic!) tattoo 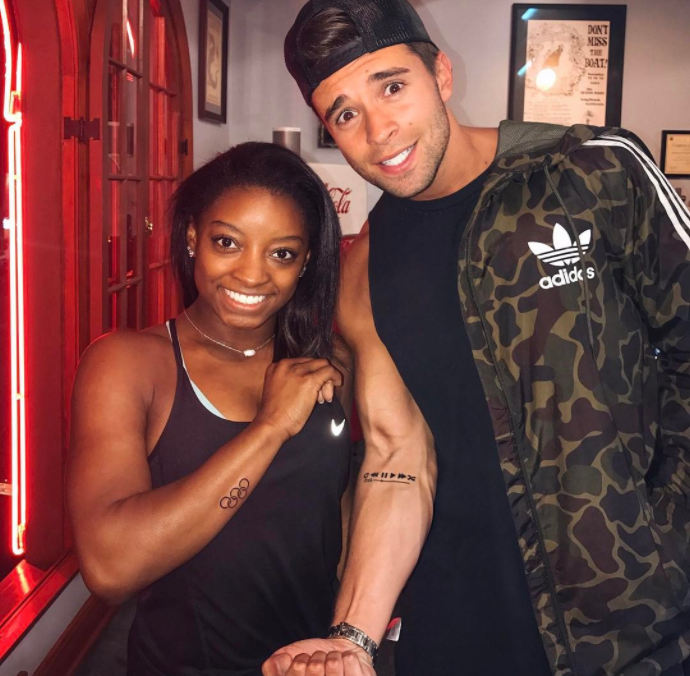 What do swimmer Ryan Lochte, diver Tom Daley and basketball player Angel McCoughtry have in common? They’re all Olympic athletes, yes, but that’s not the only thing—they all have Olympic ring tattoos, too! Olympic gymnast Simone Biles just joined their ranks. To commemorate her time at the 2016 games in Rio de Janeiro, Simone stopped by a tattoo shop in West Hollywood over the weekend for some Olympic ink with her pal singer-songwriter Jake Miller.

This five-ring tattoo will serve as a constant reminder of the four gold and one bronze medals the athlete won at the 2016 games. Jake documented the experience on his Instagram story, captioning a picture of Simone on the way to the tattoo shop, “Simone's about to get her first tat!!” and a pic of Simone in the tattoo parlor chair with, “what a champ.”

While this was Simone’s first tattoo, it might not be her last. This talented gymnast, who is currently a contestant on Dancing With the Stars, plans to compete at the 2020 Olympics in Tokyo. Perhaps she’ll be getting a few more commemorative tattoos inked then!

What do you think of Simone’s new tat? Would you ever get a tattoo? Sound off in the comments!

Like this? You'll love these...
+Attention: Meme makeup is a thing now—and it's hilarious
+"Dear Carol, I'm 17 and have never been kissed"
+The top 3 reasons to wear sunscreen *every* day