The alarming reopening of a school in Georgia amidst COVID-19 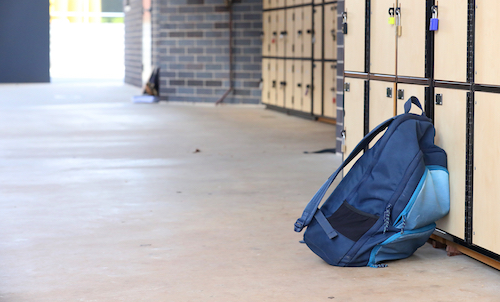 Due to the coronavirus pandemic, most schools across the country are choosing not to hold in-person classes. However, North Paulding High School in Dallas, Georgia, has fully reopened—and things are not going smoothly.

On the first day of school, a student posted a picture on Twitter of an extremely crowded hallway where few students could be seen wearing masks. The alarming post was followed by tweets from another student, Hannah Watters, with more pictures showing the concerning circumstances of the school, making it abundantly clear that the school was not enforcing important safety precautions like social distancing or wearing masks.

This is the first day of school in Paulding County, Georgia. pic.twitter.com/fzdidaAABM

Day two at North Paulding High School. It is just as bad. We were stopped because it was jammed. We are close enough to the point where I got pushed multiple go to second block. This is not ok. Not to mention the 10% mask rate. pic.twitter.com/JKbGYqG9RS

The tweets went viral, and the school began receiving major backlash as people around the country recognized the inherent danger of the school's circumstances. As an unfortunate result of the lack of necessary safety precautions, nine people from the school (including both students and faculty) have already tested positive for COVID-19.

However, the students who posted these important photos faced consequences from their school and were initially suspended for 5 days. When the school received additional public attention and backlash, the suspension of at least one of the students was reversed. The students have received criticism and threats from their peers for speaking up and trying to spread awareness of their back-to-school reality. Despite the threats they are facing, they remain concerned for the health and safety of their community and won't stop doing the right thing.

Hannah Watters, one of the students who posted the photos, told CNN: "We were only in school for three days and the fact that we already have nine cases at the end of that week is concerning because we don't know how many people those nine people came in contact with." She also added, "it's going to spread like wildfire in that school."

After nine confirmed cases, North Paulding High School decided to switch to online learning for two days. In a letter to parents, Superintendant Brian Otott assured parents that the school "will be thoroughly disinfected, and the district will consult with the Department of Public Health to assess the environment and determine if there are any additional close contacts for confirmed cases who have not already been identified." 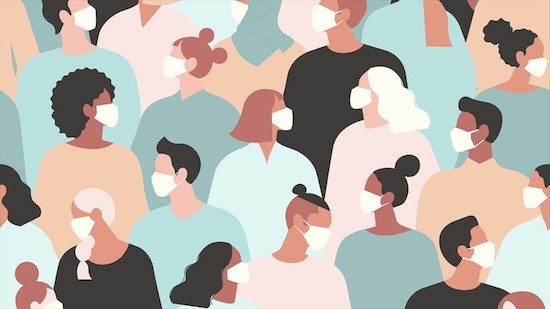 While students are rightfully outraged at the school's irresponsible rush to normalcy, some teens are calling out the hypocrisy of the administration. North Paulding High has stated that wearing a face mask is regarded as a personal choice, yet has a full page in its student handbook dedicated to restricting female students' clothing choices.

Being publicly shamed and forced to leave class because of a bare shoulder or midriff is not only embarrassing but sexist and demeaning—how disturbing is it when an authority figure tells a minor that their body is "distracting" in a certain outfit? Regardless, high schools like North Paulding have no problem with enforcing severe rules where "shoulders must be covered, and armholes must be tight-fitting" and shorts "must be appropriate  (5" from the top of the kneecap as measured by a ruler or the width of a 3x5 index card.)" If schools can mandate whatever their archaic idea of modesty is, they can force students to wear a mask.

Hopefully, North Paulding High School can learn from their mistakes and show other schools across the nation the importance of proper safety precautions this fall. While we all want to see our friends and have a normal school year, public health is far more important than Homecoming or Senior Night. Until we have a vaccine, please continue to social distance and wear a mask to prevent the spread of COVID-19.