10 life lessons you learn from your first breakup 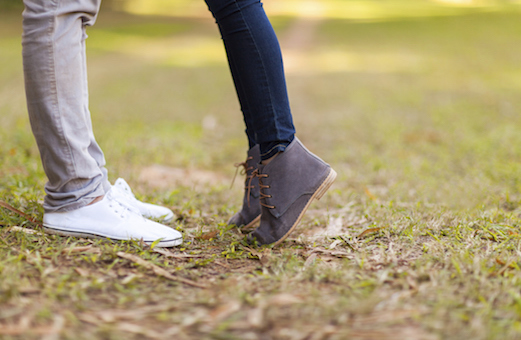 It's a huge cliche, but it's true—breaking up is hard to do. Though it might seem like all you want to do is curl up in a ball and cry (and maybe house some Ben and Jerry's), there is a silver lining to all that sadness. Read on for the top ten lessons the end of a relationship teaches, all from the real girls who have been there.

Your friends are probably right.

“Sometimes it takes an outside opinion to really know if your relationship is working,” says Lindsay, 15. “My friends always thought my ex was a jerk and they were right. I was just too caught up in the relationship to see it.”

“I learned that being clingy is totally not okay. My boyfriend and I shouldn’t have to be in constant contact for me to feel comfortable,” Ashley, 17 explained. “If you’re clingy, you lose yourself.”

Substantial age differences are not cool.

“Date people your age – seriously,” says Imani, 14. “If a guy isn’t dating someone his own age, there’s probably something wrong with him. Just because Kylie and Tyga are doing it, doesn’t mean you should too.”

It's all about balance.

“I totally lost contact with my friends when I dated my first BF,” Lynn, 16, recalls. “And once we broke up, I had to work hard to rebuild those friendships. It’s so important to find time to balance your relationships.”

Don't push it to be something it's not.

“Sometimes relationships just don’t work and that’s okay,” Blake, 15, says. “If a relationship seems like it’s not going well, don’t be ashamed to just end it.”

Once a liar, always a liar.

“I realized my BF was never going to be honest with me,” Natalia, 14, remembers. “If your BF has a reputation for being dishonest, you need to wake up and smell the roses instead of hoping that he’ll someone change.”

“Don’t lose your independence,” says Liz, 17. “I forgot what it was like to be myself in my first relationship. And when we broke up, it felt lost.”

“I remember regretting everything after my first breakup. I wished that I had never been with my ex and felt like I had wasted so much time and energy on someone who didn’t really care about me,” Nia, 14, says. “But in the end, I was grateful for the relationship. I enjoyed myself and learned a lot about what works and what doesn’t.’

“It’s okay to change your mind,” says Cara, 17. “If you don’t have the feelings for someone that you used to, don’t beat yourself up about it.”

You CAN move on.

“You are strong enough to get through this,” Rachel, 16, adds. “Breakups make us feel vulnerable but the sadness will pass and you will be okay. It might feel like the end of the world, but trust me, it’s not.”

What lessons did you learn from your first breakup? Let us know in the comments below.

POSTED IN guys, dealing with a breakup