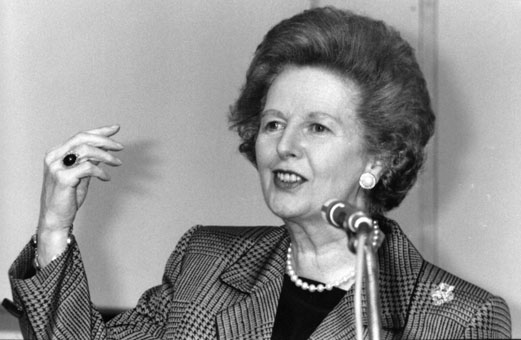 Earlier today, one of the most remarkable women of all time passed away from a stroke. Margaret Thatcher was Great Britain’s first-ever female prime minister. She changed the way the country viewed politics, and the way girls and women viewed themselves and their abilities (and let’s not forget, the way boys and men viewed women’s capabilities). The “Iron Lady,” as she was dubbed, came from a humble beginning—her father owned two grocery stores—and worked hard in school to launch her career, first as a chemist, then as a lawyer and politician.
Our favorite Margaret Thatcher lesson? Anything is possible. In 1973, she said, “I don’t think there will be a woman prime minister in my lifetime.” Six years later, she triumphed.
Nine more lessons we’ve learned from the Iron Lady:
[gallery]

POSTED IN In the News, Goal Getter, girl power