Ryan Newman talks family, 'fessing up and the future 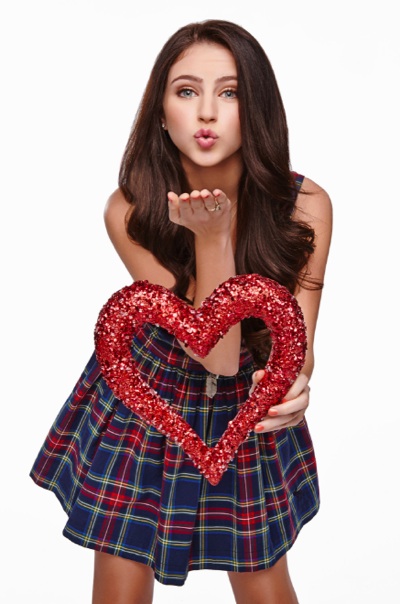 “I actually started begging my parents to act when I was two-and-a-half,” Ryan says. “I was extremely persistent, so when I was three, they finally caved in.”

Like most young actors, Ryan started out with modeling and commercials, but at six, she booked her first movie role in Monster House, which made her the youngest actor ever to be motion captured for a film. She followed this role with another in Zoom, but it was Disney Channel hit show Zeke and Luther that gave her a big break.

“I had never really even considered comedy before I booked [Zeke and Luther], so I really got to fine-tune my comedic skills during those 4 years,” Ryan, now 14, says.

For now, though, Ryan is thrilled with her family-centric gig. See Dad Run “brought me back to the old family sitcom days,” she says, “and I loved that.”

Family is important to her both onscreen and off, so she’s a pro at tackling family issues both in character and in her own life.

“Having a really open relationship with your family is crucial,” she says, “and I am super close with my mom. I tell her everything and she is always there for me with advice, love, and support. I constantly remind myself that my mom has been through everything I am going through. By letting her in my life, she helps guide me through these difficult and critical [teenage] years.”

When Newman and her family argue or tackle problems the way her onscreen family does on See Dad Run. “We all just sit on the couch and talk it out,” she says. “Communication is key.” Scary, yes. But totally essential…especially when your constantly with your ‘rents.

“My mom is always with me when I work (on set),” explains the young star, “and I see my dad and sister when I get home and we spend time together on weekends.”

Even though Mom’s around 24/7, Ryan insists she doesn’t feel smothered. “I think there is a balance between spending time with your family and being independent and I feel as if I have found that,” she says.

Something that helps? “It’s pretty easy for me to admit when I'm wrong,” Ryan confesses. “I try really hard to keep an open mind and understand other's perspectives – it's always important to put yourself in other people's shoes.”

Wise words! As for what’s next, Ryan says college in a few years is definitely in the mix.

“Education is incredibly important to me,” she says. “I am definitely worried about balancing it all but I have faith in myself and I know I can handle it.”

Thanks, Ryan!
Love this post? You’ll heart these too…
+ Speed through your HW in a flash
+ 10 things a BFF should never do…ever
WIN BIG! Land a $430 eco-friendly prize pack from 31bits.com
MAJOR PLUS! GL is now on Google+

POSTED IN movies, celebrity interviews, Celebs, On the Job, Be an actress, Advice