10 inspiring female leaders you should know

We all know that women are powerful and can do *anything* they set their minds to—in the wise words of Queen Bey: Who run the world? Girls! Here are some of our fave inspiring women to encourage girl power and give us a ton of *amazing* role models. 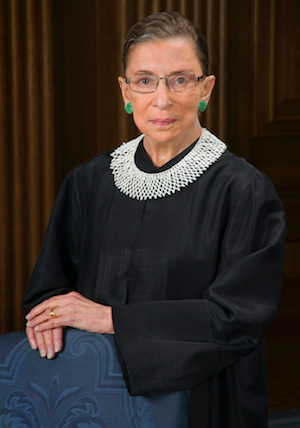 Who she is: Ruth Bader Ginsburg is an Associate Justice member of the Supreme Court, and was the first Jewish woman to be appointed. She is also an avid advocate for women's rights, gender equality and worker's rights, and played an important role in creating the Women's Rights Project for the American Civil Liberties Union in 1973.

Why we love her: For years, RBG has been a prominent leader in many male-dominated environments. She is a strong advocate for equality and women's rights in the courtroom, inspiring women around the world to stand up for justice and pursue their own leadership roles.

Quote: "Women will have achieved true equality when men share with them the responsibility of bringing up the next generation." - Ruth Bader Ginsburg 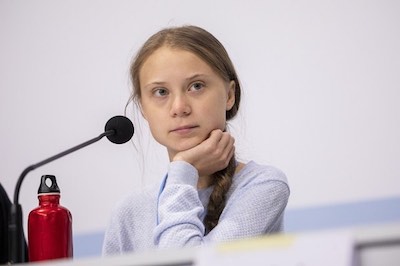 Who she is: Greta Thunberg is a Swedish teenager and climate activist who inspired a world-wide movement to fight climate change by skipping school every Friday to protest in front of the Swedish Parliament building, holding a sign that read "School Strike for Climate." Awareness and support for her cause quickly spread, and students began their own climate strikes all around the world using the hashtag #FridaysForFuture in a united attempt to help raise awareness to save the environment.

Why we love her: Greta Thunberg is a proud youth climate activist, and has shown the world that you are never too young to make an impact. She has done an amazing job at raising awareness on the important issue of climate change, encouraging world leaders to implement real change in order to protect our Earth.

Quote: "The moment we decide to fulfill something, we can do anything." - Greta Thunberg 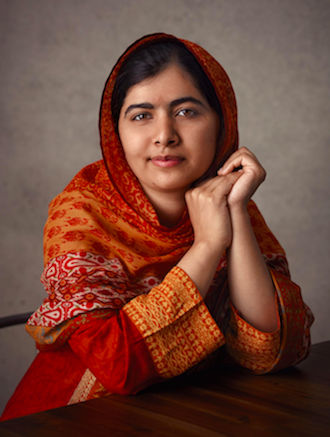 Who she is: Malala Yousafzai is a leading advocate for education, and defied the Taliban in her homeland of Pakistan to demand that girls be allowed to receive an education just like boys did. She was shot by the Taliban for speaking against their rules but luckily survived, and in 2014 she became the youngest winner of the Nobel Peace Prize at 17 years old.

Why we love her: Throughout the majority of her life and continuing now, Malala continues to stress the importance of education, speaking out against unfair rules and advocating for equal opportunities for all. Malala stood up for the rights of girls everywhere when she demanded that they receive education—her courage and perseverance, especially in the face of danger, are inspiring as she continues to fight for what is right.

Quote: "I raise my voice up—not so I can shout but so that those without a voice can be heard... we cannot succeed when half of us are held back." - Malala Yousafzai 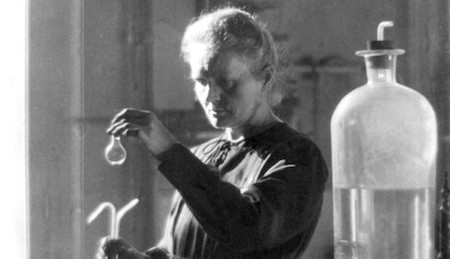 Who she was: Marie Curie was a chemist and physicist, and pioneered the study of radiation—she discovered radioactivity and even invented a mobile X-ray that was used during World War I. Additionally, she discovered the elements radium and polonium alongside her husband Pierre, who was also a scientist. In 1903, she became the first woman to win a Nobel Prize for her work in physics, and also became the first person to ever win the Nobel Prize twice, the second time for her work in chemistry.

Why we love her: Marie Curie made huge advancements and discoveries in science that helped many people and led to even more scientific developments. One of the few female scientists at the time, she proved that women were just as intelligent, inventive and capable as the men in her field. 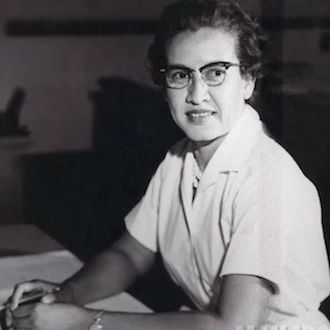 Who she was: Katherine Johnson was a mathematician who worked at NASA in the 1960s. Her impressive calculations were essential in sending the first American astronauts to space, and she was able to find the mathematical path to help them orbit the Earth and later land on the moon, as well as return safely home once their missions were over.

Why we love her: Katherine Johnson had a key role and very influential impact on the success of space-travel at NASA, and is currently one of the most respected and celebrated black women to have worked in space science. In her position, Katherine overcame social and societal boundaries and faced racial discrimination, but perservered and proved that she was highly capable, strong, intelligent, and critical to NASA's success. 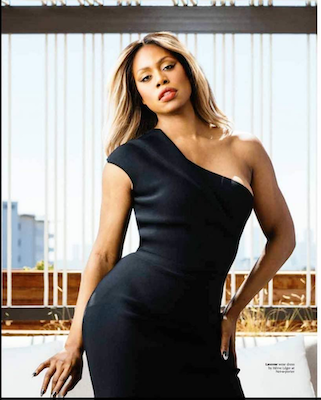 Why we love her: Laverne is a champion for LGBTQ+ equality and, throughout her career, pushed stories about transgender experiences into Hollywood's spotlight. She is also a powerful advocate for body positivity, self-acceptance and self-love.

Quote: "I've never been interested in being invisible and erased." - Lavern Cox 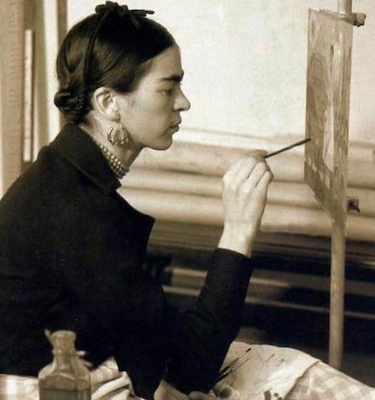 Who she was: Frieda Kahlo was a Queer, disabled Mexican painter who became famous for her beautiful paintings and self-portraits full of color and imagination. Polio in her childhood caused her to have limited use of her legs and a bus accident in her teens left her severely injured for the rest of her life. Throughout her long recovery, she began to paint, eventually becoming one of the most well-known artists in the world. Her art explored sexuality, pain, race, class, gender and colonization in 1940s Mexican society.

Why we love her: Frida Kahlo broke barriers as an artist and public figure. She pushed boundaries of femininity and sexuality in her work and turned the intense pain of her life into something beautiful and unapologetic. To this day, Frida Kahlo's art reminds viewers of the strength it takes to be vulnerable and be yourself.

Quote: "Feet, what do I need you for when I have wings to fly?" - Frieda Kahlo 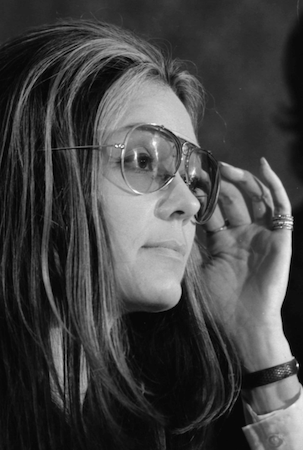 Who she is: Gloria Steinem is a journalist, writer and activist who became one of the leaders of the American feminist movement in the 1960s and 70s. Gloria co-founded the National Women's Political Caucus in 1971 and started the Ms. magazine, the first magazine by women for women that talked about their issues. Ms. paved the way for magazines like the one you're reading right now.

Why we love her: Gloria is known as "the world's most famous feminist" and her work has changed our lives in so many ways. Her courage, intelligence and incredible dedication to women's equality and freedom are unbelievable.

Quote: "The truth will set you free, but first it will piss you off." - Gloria Steinem 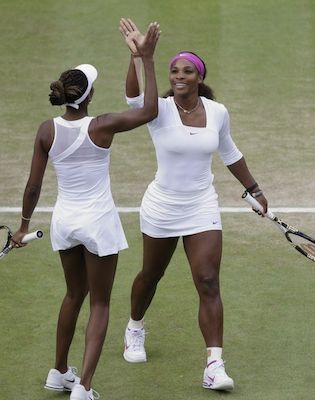 Who they are: The Williams sisters are professional tennis players who are commonly known as the greatest female tennis players of all time. Venus has 49 Women's Singles titles and 22 Women's doubles titles while Serena has 73 and 23 respectively. They each have 4 Olympic gold medals and were the first two players of any gender to play in four consecutive Grand Slam singles finals.

Why we love them: The Williams sisters showed girls that you can excel, even in male-dominated fields, and that competition does not cancel out compassion because the best players have both.

Quote: "Some people say I have an attitude- maybe I do...but I think you have to. You have to believe in yourself when no one else does- that makes you a winner right there." - Venus Williams 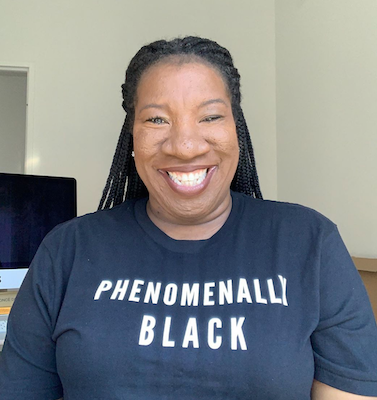 Who she is: Tarana Burke is an activist who works with survivors of sexual violence. She started the #MeToo Movement in 2006 and became known as "the silence breaker" for starting the national conversation about sexual abuse and gender-based violence.

Why we love her: Tarana taught so many women how to use their voices and showed survivors that they are not alone. The Me Too Movement has taught people of all genders how to talk about sexual assault and how to support survivors. She has made the world a much safer place for everyone.

Quote: "You don't have to be anything but yourself to be worthy" - Tarana Burke

Tell us who inspires you @girlslifemag! 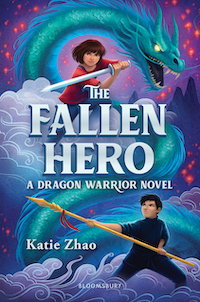