My relatives disapprove of my BF's religion 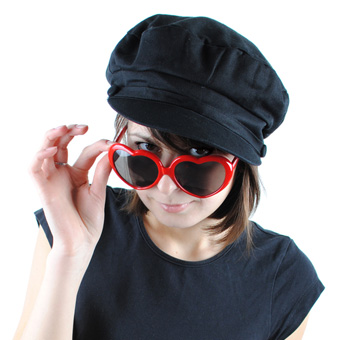 My boyfriend is Muslim and I'm Christian. We don't mind since we share the same values and we're crazy for each other. Even better, my parents adore him and his adore me. The only problem is that when my mom told her sister, she freaked out and said he can't be trusted because of his faith. I'm not going to break up with him because I know he's a good person, but it bums me that my aunt doesn't see it that way. Is there anything I can do to change her mind?

First, awesome job on finding a guy who both you and your parents like. And kudos for being open-minded. But as you so unfortunately discovered, not everyone dismisses stereotypes so readily. Prejudice is an easy thing to find and a difficult thing to face – especially when it's coming from a family member. This advice isn't going to rid all of the world's intolerance (we wish), but hopefully it will patch up this sticky family sitch.

Start off with a warm and heartfelt talk. Tell her that though you respect her, you were hoping she would be more tolerant and accepting of your boyfriend and his beliefs. Calmly stand true to your principles, but more importantly, avoid any blame games or sweeping generalizations. After all, those pesky presumptions are what started this problem in the first place.

They say people fear what they do not know. Suggest discussing some of his religion's beliefs with her. If she's open to it, your aunt will find that unlike the extremists portrayed in the media, Islam promotes good will and peace. Once she understands this, she'll be able to see your guy for who he is, and not the negative stereotypes she has ingrained in her mind.

If she won't budge in taking off her bigoted blinders, don't let that bother you. Realize that those beliefs are hers – no matter how much you disagree – and put this discordance out of your minds at family get-togethers. Most importantly, remember to stick to your convictions while still being considerate of others' opinions. Your aunt might not change her mind, but maybe you'll inspire others to be more accepting.

» How to pick the perfect present

POSTED IN happy holidays, problems with my parents, 411 on family feuds, my parents are way-strict, how to talk to parents, religion