How one GL girl dealt with the death of her boyfriend

Losing a loved one can feel like a nightmare you never wake up from. Here's how one GL girl got through the sudden death of her boyfriend—and learned to dream again. 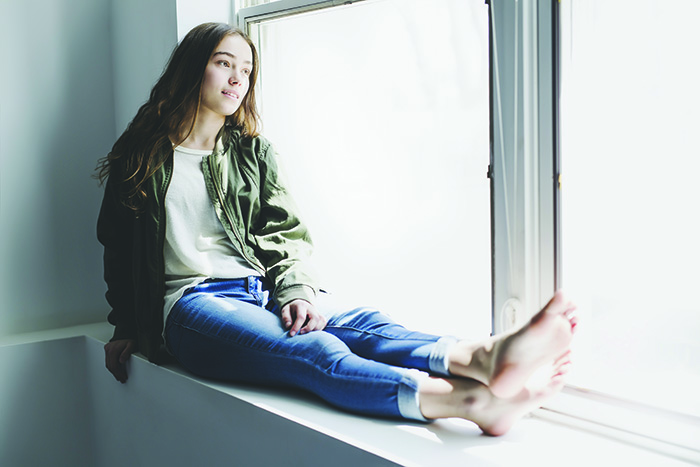 I knew it the day he invited me to a Luke Bryan concert even though he hated country music: David was going to be my first real boyfriend. And like any first love, I fell hard and I fell fast.

Within weeks, we were inseparable. We were that couple who posted cheesy #relationshipgoals pics, who held hands *everywhere* we went and who sat on the same side of the booth together (yes, really).

He was the first boy I said “I love you” to—and the first boy to say it back. And, to be very honest, he was even the one I thought I’d say “I do” to. He was the Archie to my Veronica. He was my everything.

So when we celebrated our one-year anniversary (with pizza and The Notebook, naturally), my only thought was how this was going to be the first of many amazing memories; how this was the beginning of my own Nicholas Sparks-worthy love story. When I left his house that night, I gave him (and his pup) a big kiss and said I’d see him when he got back.

Except I never did see him again. The next day, David went away for the weekend with his family to their beach house. And, while just walking around town, he fell. Not over a railing or off a cliff, just off a six-inch curb. It’s something that’s happened to most of us at some point but, unfortunately, David’s tumble was unique. He hit his head in just the right spot, resulting in him becoming instantly brain-dead.

I was back home lounging on the couch when I got the call. I remember seeing his friend’s number on the screen and ignoring it, figuring it was just them messing around. But when it rang five more times, I knew something was wrong—I just had no idea how my life was about to change.

When people recall events as being “out-of-body” experiences, I used to roll my eyes. But now I get it. Because that’s exactly what those next two minutes felt like. It was as if I were in a dream—I didn’t believe that it could be happening to me. I remember thinking, “Any second you’re going to wake up.”

It wasn’t a dream, though. And as I sat, tears streaming down my face, I didn’t know how to react. What was I supposed to do? What happens next? A million questions and feelings and thoughts were running through me. And no one had any answers. No one could say anything except “I’m so sorry.” No one could help me.

So I helped myself. Or, at least, I helped myself the best I could. And I learned a lot along the way: about love, about loss and about learning to live again.

KEY TO COPING #1: FAKING IT ’TIL YOU MAKE IT WILL *NOT* WORK.
Until that point, I’d been lucky enough not to lose someone close to me. And while that’s a blessing, it also meant that I had no idea how to grieve. And I was also raised to believe that emotions equal weakness—not a good combination.

So I decided the best way to handle everything was what I had always done when I was upset: Act like nothing’s wrong. Keep it bottled up for long enough and you’ll forget it ever happened...right?

And since that’s what I believed, that’s what I did. For the next couple of weeks, I went about life as normal. If you didn’t know me, you would’ve thought I was your average (even happy) teenager.

Inside, I was a mess. I also felt pressure to be the “perfect” grieving girlfriend, the one who posted sad-but-inspiring messages on Facebook and uploaded throwback photos to Instagram with thoughtful RIP quotes. I thought that was what I was supposed to do. I thought holding my head up and being strong (all while avoiding the whole grief thing) was the right way to deal.

That charade worked for a while—until it didn’t. That was the night I was taking a shower and, when I hadn’t come out for 45 minutes, my mom came in to check on me. She found me collapsed in the bathtub, wailing out of control. I was having an emotional breakdown.

Immediately, I realized things had to change: I started journaling. I found a therapist. I took a couple of mental health days off from school. Most of all, I allowed myself to feel—and I began to heal.

KEY TO COPING #2: IT’S OK TO CRY IN PUBLIC.
Grieving isn’t easy—and it certainly isn’t the glamorized version you see on TV. It isn’t graceful streaks of mascara running down your face with a carefully curated sad-song playlist in the background.

Instead, it’s eternally puffy eyes and knots in your stomach 24/7. It’s lashing out at your friends and holing up in your room.

It’s sitting in class and realizing your teacher has the same color eyes as he did and the next thing you know, you’re sobbing in the middle of a calc test (true story).

It’s everyone looking at you like you’re crazy. It’s exhausting. And it hurts. A lot.

But that’s OK. Everyone grieves differently, everyone has their own unique way of coping. For some, it might be punching out frustration in kickboxing class. For others, it might be sitting in the car where no one can hear you and just screaming. For me, it was crying all day, every day— even (and actually, especially) in public.

All that matters is that you let it out. And as long as the way you’re doing that isn’t harmful to yourself or someone else (i.e., no drugs/alcohol/abusive behavior), it’s OK. It’s necessary, that emotional catharsis. No one can, or should, judge you for that.

KEY TO COPING #3: YOU’RE MUCH STRONGER THAN YOU REALIZE.
They say you never know how strong you are until you have to be. Well...they’re right.

Sure, the support of my friends and family and the outpouring of love and compassion helped. And it’s important to realize you’re definitely not alone—loss is unfortunately something everyone goes through at some point. The people who care about you want to help, so let them.

But when it comes down to it, *you* have to be your own hero. Not your mom, not your BFF...you. You have to be the one to pick up the pieces, to heal your heart, to see the light at the end of what feels like a very dark tunnel and follow it.

It all comes down to you—and you’re ready for it, trust me. All of the strength, all of the courage, all of the resilience is already inside of you. It just takes an event like this to prove that to yourself.

KEY TO COPING #4: LIFE WILL NEVER BE THE SAME.
But in a way, that’s a good thing. Sometimes it takes losing someone you love the most to truly understand and appreciate the value of life.

I became a different person when David died. I no longer waste time on things that don’t matter. I say “I love you” every night to my parents. I don’t hold a grudge against my BFF for ruining my favorite shirt.

Because I know I’m lucky. I know that every moment I’m alive (the good and the bad) are moments David no longer has.

Grief changes you, just not in the way you might think. When the pain subsides (and it will), you’ll be a more compassionate, more fulfilled person. And that is the good in the goodbye you never got to say.

KEY TO COPING #5: MOVING ON ISN’T SELFISH.
One day, I eventually realized that being sad 24/7 couldn’t be the new status quo, and that just because David literally lost his life, that didn’t mean that I had to figuratively lose mine.

Because when you realize how quickly life can end, you also realize how precious it is. As morbid or scary as it sounds, the truth is that none of us know what’s going to happen in the next month, the next day or even the next second.

And while yes, it’s more than OK—and necessary—to be sad for a while and to grieve, there also comes a point when it’s time to get back to life. When it’s time to pick yourself up, put on a brave face and remember that even though they’re gone, you’re still here.

That doesn’t mean forgetting about the person—trust me, you won’t.

It means accepting that person is gone and embracing the memories. It means holding on to the video reel that constantly plays over and over in your head of that person hugging you, of them laughing, of them saying your name. It means learning to keep them with you.

Even now, two years later, I still miss David. But by focusing on myself and my own happiness, I know I am living the life David would have wanted me to live. While he will always be a part of me, I’m finally moving on and realizing there is, in fact, life after death.

WHEN IT FEELS LIKE TOO MUCH...
No loss is “worse” than another. But sometimes, especially in the case of losing a parent or sibling, the sadness can feel completely overwhelming—and seeking support through one of the following resources (in addition to talking to a therapist) is a smart, and sometimes very necessary, solution.

Griefshare.org
With support groups located all over the country, GriefShare meetings include listening to expert speakers and sharing your experience with others (and learning from their stories, too). Bonus: You get a workbook with exercises to help you process your emotions.

Experience.camp
Led by trained professionals, these one-week Experience Camps are specifically for kids and teens who have lost an immediate family member. You’ll learn healthy coping strategies, build confidence and make new friends who are going through similar experiences.

Slapd.com
SLAP’D (which stands for Surviving Life After a Parent Dies) is a social media site for teens that offers everything from advice forums to helpful articles to ask-an-expert columns.

Imalive.org
IMAlive works similarly to a crisis hotline...except it’s via online messaging. It’s a 24/7 service so you can reach out and chat with a real-life person whenever you need to, no matter what time of day.

A version of this story appeared in the February/March 2018 issue of Girls' Life magazine.

POSTED IN how to move on, Tough Stuff, Friends, dealing with death, therapy, advice from GL readers 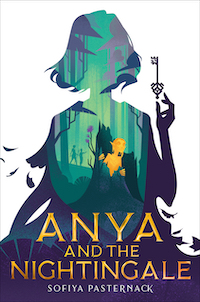 The exciting sequel to the inspiring fantasy Anya and the Dragon. Versify, $17
[Enter to win here!]