This girl's natural hair journey will seriously inspire you 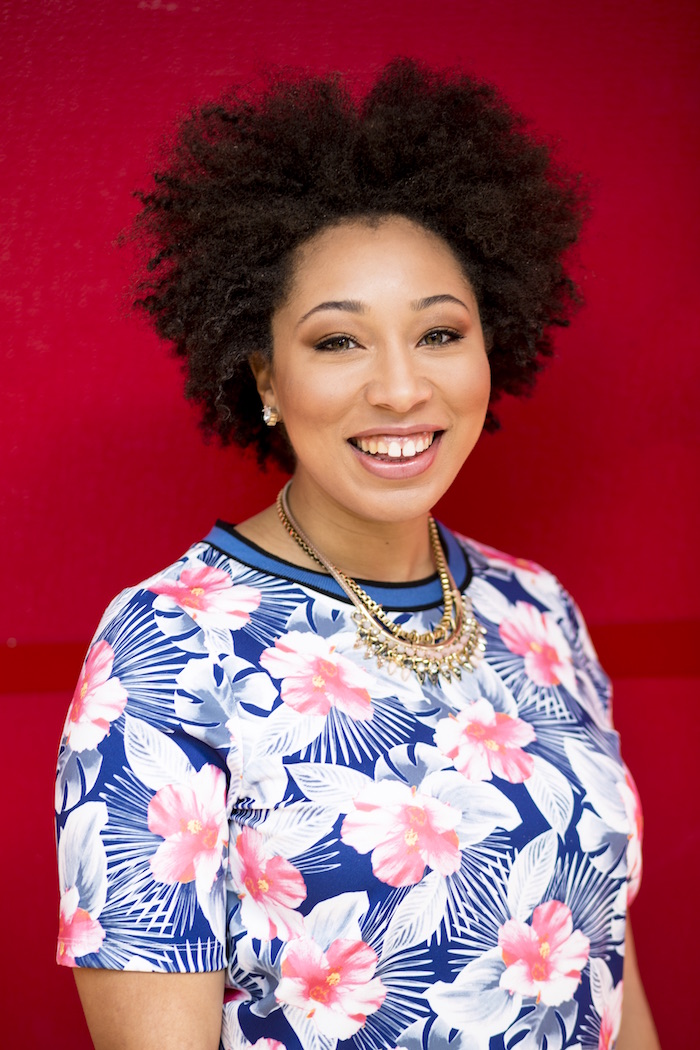 Confessions of a naturalista: GL girl Laurise reveals the truth about her natural hair.

I will never forget the day I decided to stop relaxing my hair. I was 15 and had been doing a chemical treatment to turn my naturally curly hair straight for as long as I could remember. Frankly, I didn’t even know I had curls until I was in the seventh grade. Up until then, relaxing my hair was all I knew. It’s all my mother knew. Heck, it’s all her mother knew. They literally had no idea how to manage natural texture, so they just got rid of the kinky curls.

But the thing is, the straightening process can be bad for your health—so much so that I suffered a serious asthma attack after inhaling the harsh chemicals in the relaxer. It was then that I decided it was time to chop 14 inches off and go natural.

In a society where long, straight strands are glamorized (let’s just say I didn’t find a ton of magazines with girls who look like me on the cover), the natural look is often criticized. The world looks at natural women as if we’re the “different” ones. What people need to understand is that our hair is the norm—and more black girls and women are now letting their natural hair show.

Still, it seems like everyone’s got something to say about the way black hair should be worn. People make snarky comments on online photos of Blue Ivy’s teeny-weeny Afro and haters even set up a Twitter page for the faux ‘fro Quvenzhané Wallis wore in Annie.

I’ve experienced the same sort of backlash: When I started wearing my hair natural, people called me truly awful things like ugly, unkempt and nappy.

And as proud as I was for making a healthy choice and taking the first step to accepting my real beauty, it still stung knowing my classmates and crew couldn’t do the same.

Take, for example, the day after my “big chop.” I spent hours finger coiling my hair to make little tiny curls all throughout my new Afro.

That night, I met a couple close friends for sushi, super excited to show off my new look. As soon as my BGF hopped in the car and took a lot at me, he said, ‘Eww, what’s wrong with your hair? Having a bad hair day?” I was mortified.

At 15, I found it hard to love the way I looked when so many people hated it. So I decided to get a weave to hide my natural hair—and get away from the criticism of my classmates.

My younger sister had already been wearing a straight-haired weave, so I followed her lead.

But the truth is, weaves can damage your natural hair, cost a ton of money and mean heading back to the salon every couple months.

Eventually, my sister decided to ditch her weave. That was really hard for her because she’s a big YouTuber.

When she finally revealed her natural hair to her fans, she wasn’t exactly met with tons of smiley faces and heart-eye emojis. She got loads of comments urging her to switch back her hair. It was tough for her to risk losing subscribers, but she never looked back.

I saw her strength, and it really inspired me. I thought, "If my baby sister can show the world her natural hair, then I don’t need to hide mine in public, either." Finally, by my freshman year of college, I felt comfortable walking out of my house with my natural hair showing.

I am now happy to be in a place where not only do I accept my natural hair, but I love my hair. And I’ll stand right up to anyone who tries to make me feel like I shouldn’t.

I thought my hair was a problem, and even a potential limitation, if people were to judge me for it. But as I got older, I realized that my hair doesn’t need to be fixed—I don’t have a problem. Society has the problem.

What’s the moral of this story? Accept people for who they are, and that includes yourself. Everyone knows it’s not cool to make fun of a girl just because she has big hair or dreadlocks, but tons of people do it anyway. I mean, come on, bullying isn’t OK to do to anyone—whether the victim is a naturalista, a freckled chick or a babe with glasses.

And realize that when you see a black girl sport a ‘fro, she’s just doing what comes, well, naturally.

6 things you should never say to a naturalista:

Do you wash your hair?
Yes, of course, do you think I'm a wild animal?

Are you really going out with your hair like that?
Ya know I was just about to ask you the same thing!

Natural hair just isn't for everybody...
But it's for me, thanks.

How hard is it to comb your hair?
Extremely, but hey, it is what it is.

Ya know, you should really think about relaxing.
Bye, Felicia.

This article originally appeared in the April/May 2015 issue of Girls’ Life.