Did you know Victorious star Ariana Grande is a gamer girl? 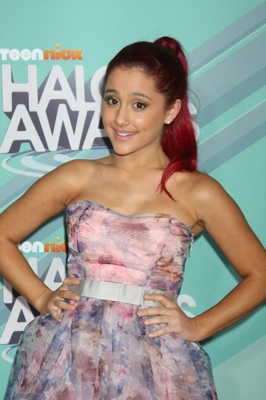 If you think you have what it takes to strut the halls of Hollywood Arts with the cast of Victorious, D3 Publisher is giving you the chance to do so–virtually, of course.

The Victorious: Time to Shine game for the Xbox 360 Kinect and Victorious: Hollywood Arts Debut for Nintendo DS offer players a way to experience life as a new student at Hollywood Arts, allowing you to sing, dance, and make friends in the game!

GL got the chance to chat it up with star Ariana Grande about the games that released just last week, as well as some confidence tips and Victorious tidbits. Check it out!

Ariana Grande: I’ve always been a huge gamer, and now I get to be a part of Victorious: Time to Shine and Victorious: Hollywood Arts Debut, which in itself is just too cool for words.

If you could take on the role of any Victorious star in the games, other than your character, who would you pick?

What’s your favorite song from the show?

“I Want You Back” because I love the Jackson 5. And I love that the whole cast got to sing and dance together on this one.

What about your favorite outfit from the show?

There’s a ton of dancing and singing in these games. What’s the biggest piece of advice you could give girls about being confident while performing?

Never get discouraged by someone else’s opinion. Practice every day, and make sure you’re doing it because you love it and are passionate about it. I wish all you girls lots of luck!

What do you think of Victorious: Time to Shine and Victorious: Hollywood Arts Debut? Blog about it, babes.