OMG celeb moments of the week 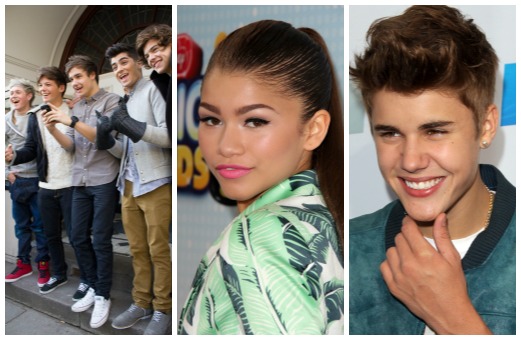 We’ve got the scoop on this week’s celeb drama! A lot of excitement went on in the entertainment businesses with movies, music and books. Find out why American Idol is trying to hire diff judges like Selena and Bieber (uh oh). And learn about some of our fave stars who are starting to show some different talents. We’ve got it all below.

One Direction’s going on the road…again

But, uh, they haven’t even hit America for a second time yet. The boy band announced this week on Twitter that they’re going on a 2014 world tour called Where We Are through twitter. Kicking off April 25 in Latin America (yea, that’s just less than a year away) the cuties will travel to Ireland, taking their final bows in the UK. Wonder when these guys will get a real vacay.

Miley Cyrus will sing about Liam?

Do we have a new (edgier) Taylor Swift on our hands? Perhaps! The former Disney darlin’ is releasing new tunes, and bud Kelly Osbourne spilled some of the deets this week. Claiming the album is a “departure from everything” we’ve seen her do before show the “grown up Miley Cyrus,” we’re hoping that means there will be some dirt on there about her grown up relationship with Liam Hemsworth.

It’s no secret that AI judges Randy, Mariah and Nikki aren’t returning for next season and rumors have been swirling the show has approached stars like Selena, Justin Bieber, Pink and P. Diddy for the open slots. While we don’t know if those offers are true or not, Sel shot down any hopes we had this week of her chances, claiming she’s too sensitive to be on a show like that. Total bummer!

Our June/July cover girl was spotted keeping it cool as she made her way through LAX airport this week. That’s right, B was on her way to South Africa to film scenes for her movie Blended with Drew Barrymore and Adam Sandler. Can we just say we’re pumped for this flick.

Is Justin Bieber disliked by most Americans?

According to polls he is. After reviewing results from a poll distributed by Public Policy Polling, the popstar was the only artist who tested unfavorably across the board. Harsh! But we doubt the Biebs is even concerned. Like a true Belieber, we have a hunch he’s gonna keep doing what he’s doing.

Zendaya has a book deal now, too!

The Shake It Up starlet and Dancing With The Stars powerhouse revealed this week she just inked a book deal with Disney Publishing Worldwide. Her self-help guide of sorts, Between U and Me: How to Rock Your Tween Years with Style and Confidence is set to hit shelves Aug. 6.

Which celeb moment mad you go “OMG” this week? Share in the comments below.

Love this post? You'll heart these too...
+ Dive into these beach reads 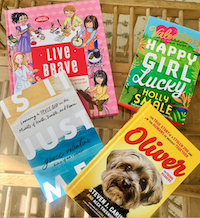