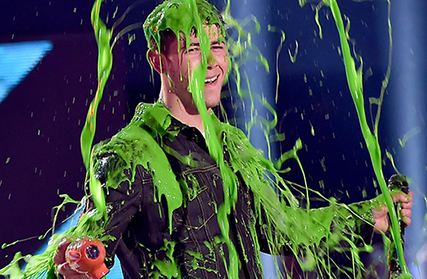 If you were following our live tweet this weekend while watching the Nickelodeon 2015 Kids' Choice Awards, you already know who won, but in case you missed it we've got the round-up here just for you. Saturday's show was totally crazy – and totally filled with slime, of course. Some of our favorite actors, actresses, shows and movies took home that coveted orange blimp so take a look at the list below to see who scored big.

Favorite Movie Actor – Ben Stiller (Night at the Museum: Secret of the Tomb)

Who or what are you most excited about winning a KCA? Was there anyone you wanted to see slimed? Let us know in the comments.