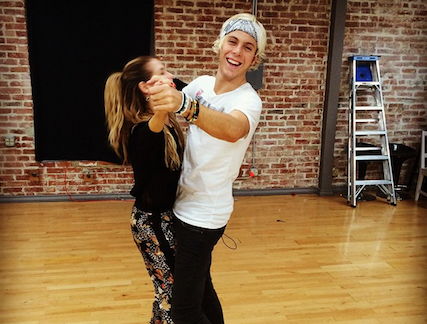 The days are getting longer and the temperature outside is getting warmer which means that summer is finally on its way. Some of our fave celebs are getting ready for the season by spilling info about their new songs, dropping crush-worthy vids and making competition history. Read on to get all the need-to-know info on what's happening in Hollywood.

In the midst of all the icky One Direction drama, there is some good news headed our way. In a recent interview, Meghan Trainor dished about an upcoming song that she wrote with the one and only Harry Styles. Meghan spilled that showing Harry the lyrics for the love song was totally nerve-wracking, also but so worth it. According to the songstress, Harry even wrote some her favorite lyrics while they were collaborating. We can’t wait for our own chance to hear this bound-to-be awesome song.

It’s obvious that Riker Lynch and Allison Holker AKA #TeamRallison from Dancing with the Stars are totally killing it in this season’s competition. Despite being in danger of going home twice, the pair is now headed to the upcoming semi-finals for the chance to bring home the disco ball trophy. This past week was one of their best performances yet, and it was confirmed when the notoriously strict judge Len Goodman rewarded them with the first perfect 10 he’s given this season. With only a few couples left and things heating up on the dance floor, we can't wait to see what Riker and Allison do next.

Although they've had a bit of a rough start in the spotlight, Austin Mahone and Becky G, showed the world how much they care for each other in Becky’s newest music video for her hit song "Lovin' So Hard." The two basically took us on a date with them and shared an inside look at their super sweet relationship. From dancing in the street to eating tacos together to getting silly on the sand, we can say whole-heartedly that they took their cuteness to an entirely new level. Now we're just hoping that all the drama with Camila Cabello can be put in the past and the three can be friends again.

Yes, you read that right! Though the season's just start, summer is coming to an end. After being on summer vacation since 2007, Phineas and Ferb is nearly over. Disney Channel announced that the series finale, "Last Day of Summer," will premiere Friday, June 12th, at 9 P.M. after a 73-hour long marathon of all of the best, wackiest episodes. "Last Day of Summer" will be Candace’s last chance to get Phineas and Ferb into trouble, the boys' last day to beat the boredom and Dr. Doofenshmirtz's last opportunity to execute his nefarious plans. Though Phineas and Ferb will be missed, summer has to end eventually.

In honor of our June/July cover reveal featuring the beautiful Grace Phipps, it’s only natural to freak-out about the fact that the long-awaited Teen Beach 2 has been given a release date. Mark June 26th on your calendar and make sure to keep the night free starting at 8:00 P.M. to see how all of Brady and Mack’s 1960s movie friends react to the real-world and finding they're way back home. Disney's also premiering a totally new series the same night called Best Friends Whenever, so don't miss out. Check out our June/July issue to get the full deets on BFW and TB2, featuring exclusives with Grace and the rest of the stars. 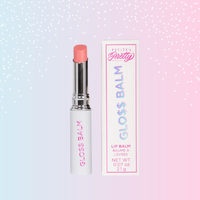