This summer's Disney Channel Original Movies will blow you away 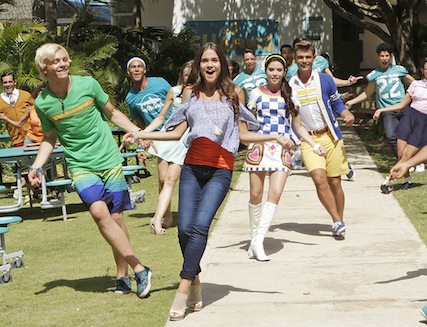 We're always looking forward to the next Disney Channel Original Movie to hit our TVs, but this summer has some of the biggest DCOMs we've ever heard of. With new trailers out now and our calendars already marked, we can't help but count down the days until these movies are finally within our reach.

First there's Teen Beach 2, premiering Friday, June 26th at 8:00 p.m., which brings our favorite DCOM crew back together. Our June/July cover girl Grace Phipps reunites with her buds Maia Mitchell, Garrett Clayton and Ross Lynch to reprise their roles as Lela, Mack, Tanner and Brady when the Wet Side Story characters decide their done with living their movie life over and over again and set out for something real. After leaving the flick for the real world, though, Lela and Tanner find themselves, their friends and all of their fellow movie characters in danger.

Then a month later there's Descendants, premiering Friday, July 31st at 8:00 p.m., and featuring Dove Cameron as Mal, the daughter of Maleficent and the leader of a ragtag group of famous villain's kids. When Mitchell Hope's Ben, the son of Belle and the Beast, decrees that four kids from the Isle of the Lost (to where the villains have been exiled) will get the chance to live on the mainland Auradon amongst the heroes' children, Mal and her gang Evie, daughter of the Evil Queen, Carlos, son of Cruella de Ville, and Jay, son of Jafar, set out to either follow in their parents' footsteps or live up to their own potential goodness.

Which movie are you most excited for? Do you have a favorite DCOM? Tell us in the comments. 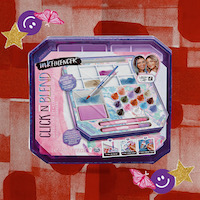