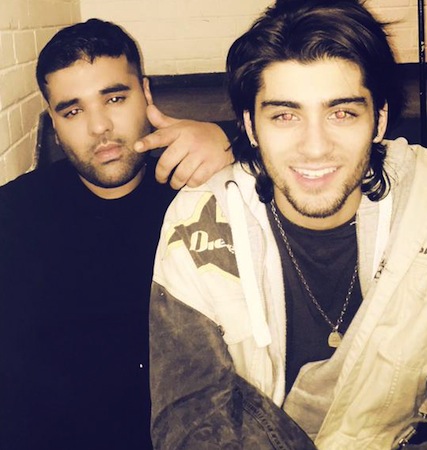 For the past few months, many of us have been processing Zayn Malik’s departure from One Direction. Losing a member of the band felt impossible to wrap our heads around, but recent news may bring some hope and mend some of those (still) broken hearts.

Recently, producer Naughty Boy, who is working with Zayn on his new music, talked to Capital Records about Zayn’s upcoming work. “He's making a very soulful record," Naughty Boy said. "I think it's worth the wait, I think the less I say about it the better," he added. But don’t worry—For all the fans concerned that Naughty Boy is influencing Zayn’s sound, Naughty Boy says, "It'll all make sense soon. Zayn's his own man, no one can tell Zayn what to do, especially me." Now we just need to get to the bottom of the rumors that Zayn can't release new music for another two years (we're praying to the music gods that they're not true).

One rumor we are digging? A possible Rita Ora collab. In a recent interview, Rita expressed her interest is working with the former boy bander, answering a question about him with, “I respect people that work. You know, I respect people that do their music. But I'm never gonna say no. You know I love music. It all depends on the song." Who knows what will happen, but we definitely are excited by the thought of what those two could come up with.

Have you recovered from Zayn’s departure from the band, and are you excited for Zayn’s new music? Tell us in the comments below.