Your favorite emojis are getting a Hollywood makeover 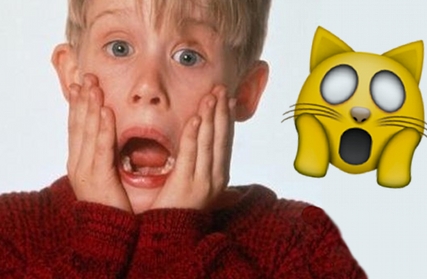 If your love for emojis goes way beyond your texting habits, prepare yourself for some super exciting news. According to Deadline, your favorite little icons are going to star in their very own feature film! 🎬 We’re not exactly sure what to expect from an animated movie about the little figures that have taken over social media in the past few years, but we’re confident that the flick will be one to remember.

The rights to the movie were purchased by Sony Pictures Animation, the same studio that brought us The Smurfs and Hotel Transylvania. To make things even better, the film will be directed by Anthony Leondis aka the mastermind behind Kung Fu Panda: Secrets of the Masters. With a combo like that, there’s no doubt that the emoji movie has major potential.

The film is still in such early stages of development that no info on casting or plot have been released, but we can’t wait to see which celebs are selected to portray the 😘 or 😈 emojis. Anyone else think Cara Delevinge would be great as 😎?

Which celebs would you love to see lending their voices to an emoji movie? Tell us all your casting ideas in the comments below.

POSTED IN movies, movies we love