Mika Abdalla explains why it's more than cool to be smart 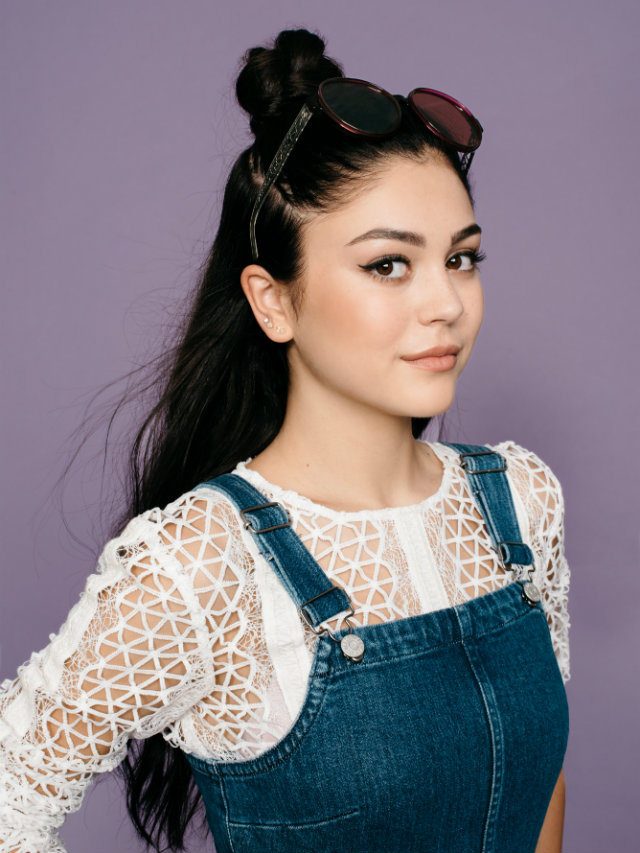 Calling all future scientists, engineers, CEOs and #girlbosses! We have *just* the show for you. Project Mc2 follows the adventures of McKeyla McAlister and her uber-intelligent best friends, as they work to prove "smart is the new cool." Together, the girls join NOV8, an ultra-exclusive spy agency, where they get to complete world-saving missions using their incredible tech and science talents.

We recently caught up with Mika Abdalla, who plays McKeyla on Project Mc2. This 16 year-old actress began her acting career at the age of 8 and since then, has appeared in a number of movies and TV series including Saige Paints the Sky, Summer's Shadow and Fun to Grow On. We interviewed McKeyla to get her take on S.T.E.A.M., style and all things Project Mc2.

Girls' Life: We know that in the last episode of Season 2, McKeyla's crush, Kyle, asked her to be his study partner again. Is this the beginning of a romance in Season 3?

Mika Abdalla: I can't give away any surprises, but we definitely get to see that releationship develop in the upcoming season!

GL: Last season, the girls enlisted help from Ember Evergreen and Devon D'Marco in order to stop HAVOC, but only Ember joined the team. Will we be seeing Devon again in the next season?

Mika:  All I can say is that Decon has some pretty cool and useful skills that will definitely be put to the test.

GL: How does the show encourage young girls to participate in S.T.E.A.M.?

Mika: Showing girls that you can be smart, cool, and stylish all at the same time is really important in promoting S.T.E.A.M. I think that's something super powerful that the show brings to media.

GL: What's your favorite gadget or experiment from Season 3?

Mika: The evil weapon from Season 3 is my favorite actually. The science behind it was crazy!

GL: Everyone on the show has great fashion sense. What is your favorite look from the past seasons or the upcoming season?

Mika: The grey shirt-dress, flannel, and leather jacket from Season 2 was definitely my favorite outfit.

GL: How similar do you think you are to McKeyla in real life? She seems like an awesome character to play.

Mika: We're both very socially awkward. It's definitely something I relate to with playing her.

GL: McKeyla likes to journal using A.S.I.S.N. Do you keep your own journal?

Mika: Keeping a journal is hard! I try every once in a while to get one started, but it's hard to keep up with.

GL: McKeyla's catch phrase of sorts is, "I'm smart, get over it." What would you say to encourage smart girls who don't have the same confidence?

Mika: It's more than cool to be smart. You may feel different or like an outcast right now, but trust me, it's a really amazing trait to have.

Do you love watching Project Mc2? Which character do you relate to most? Let us know in the comments section below!