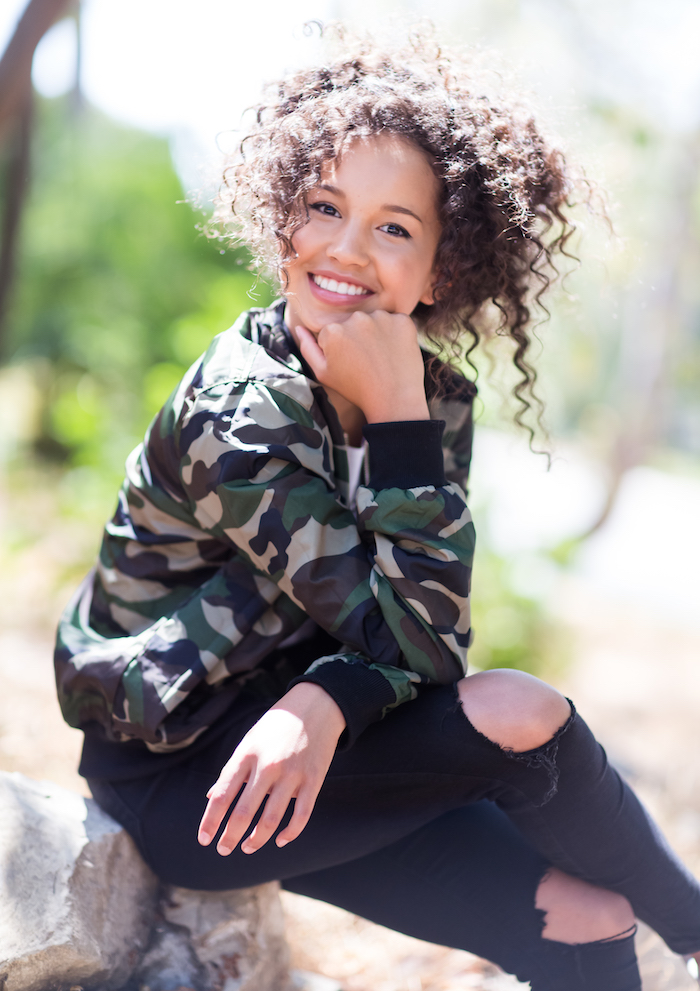 If you haven't been watching Andi Mack on Disney Channel, you're missing out. The show is currently one of the most popular on TV, and we're betting it has a lot to do with the show's awesome topics—it touches on real issues like growing up, friendship and finding yourself—and its amazing cast, including Sofia Wylie.

Sofia, who plays Andi's spirited BFF Buffy, chatted with Girls' Life about the show, what she's most excited about for the new season and who she hopes to inspire. Read on for more!

GL: Tell us! What can we expect from season two?
SW: Well, I can't exactly give away any spoilers, but there are so many great storylines developing. Everytime we get a new script, it's like when your favorite show finally comes out. I try to put all my heart and soul into acting each script, and I know that the Andi Mack fan base will just eat up all the new episodes.

GL: So what's been your favorite moment for Buffy so far in the series?
SW: I think for last season, one of my favorite things was that she spoke her mind throughout everything and stood up for her friends. In the season two premiere, she stood up to Jonah for Andi—that just shows how great of a friend she is.

GL: So in your own life, are you that confidant for your friends?
SW: Yeah, I would say so. I'm definitely the listener, I don't like to make everything about me. I want to always be there for my friends. No matter what they're going through, I want them to be confident in themselves because I'm confident in them.

GL: Fans are *loving* season two so far! Are there any shows or books or movies that you feel equally as passionate about?
SW: Oh yeah. I'm a movie- and TV-aholic. I always binge TV shows and movies with my mom. I loved Everything Everything with Amandla Stenberg. When I see a good movie or a good TV show, it makes me feel so happy and that's what I hope fans feel about Andi Mack after each episode.


GL: What did you love so much about Everything Everything?
SW: First of all, the acting was incredible—it didn't feel like I was watching a movie. Also, the diversity in the movie was awesome. Growing up, I felt like I was never represented on a show because I am mixed. Usually you don't see that on screen, so when I get to see mixed characters or Asian characters—because I'm also Asian—it's great. I know there's so much diversity in this world but there's not enough on television, so whenever I get to see that, I am automatically connected to it.

GL: Do you ever feel like you can create that representation for kids on Disney Channel?
SW: Yes! That's been my dream: to be a role model for kids and, hopefully one day, adults out there. I feel very honored to be able to represent the mixed kids out there and anyone who has crazy big hair. I get so many comments asking how I embrace my hair because it's very hard with people for curly hair to embrace how they look. I grew up in a place where all of my friends had straight, blonde hair. It was beautiful and I just wanted that. But as I got older, I learned that I need to accept myself for who I am, and that's what makes me beautiful and special in my own way.

Wow! I don't know about you, but the new season of Andi Mack sounds awesome. What did are you most excited for? Let us know in the comments!