3 underrated musicians you *need* to check out 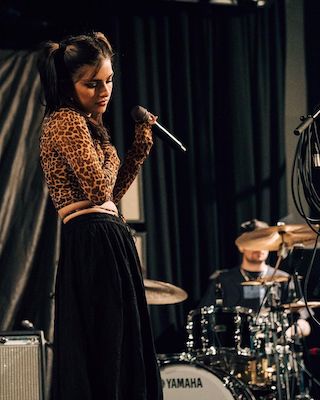 It's never been a better time to start supporting smaller musicians. Anyone can market themselves and grow a fanbase through social media! Encouraging and supporting smaller artists in the music industry is *so* important. If you haven't heard of these three underrated musicians, it's definitely time to press play. (P.S. You'll get bragging rights to say you've been listening to them from the beginning!)

If you love Harry Styles (obvi, who doesn't?), then you have to listen to Amy Allen. Hello—she co-wrote Styles' hit song "Adore You." She's best known for her songwriting, but she's been focusing more on her solo career lately. In September 2021, she released an EP titled AWW! This underrated musician got her start on season 2 of The Voice and has been making significant career strides ever since. She's also written songs with Selena Gomez and Shawn Mendes.

With two EPs at age 19 already under her belt, RenForShort (Lauren) is an up-and-coming underrated musician you *need* to check out. Originally from Canada, Lauren has been taking her music seriously for a few years. With authentic writing and a strong voice, her talent shines through in every song. She recently finished a fall U.K. tour with YungBlud. She'll be embarking on a North American tour this spring.

Between their stage name 'Phem' and their signature clown makeup, it might seem hard to take them seriously. However, Phem is furthering themselves in the music industry through their solo music and co-writing for other musicians (including "America's Sweetheart" by Lil Huddy). Phem's makeup signifies their thoughts that artists shouldn't take themselves super seriously. They're also dating Teen Wolf's Tyler Posey and has collaborated with him—from co-writing to bringing him onstage at concerts.

Want more content within the music industry? Here are a few related posts:
🎶  Olivia Rodrigo celebrates the first anniversary of "drivers license"
🎶  7 things every Swiftie can relate to after Red (Taylor's Version)
🎶  Harry Styles gave a fan dating advice (mid-concert) and here's everything you need to know

Which underrated musician is your newest fave? Let us know on Twitter @girlslifemag