Everything you need to know about singer-songwriter Laufey 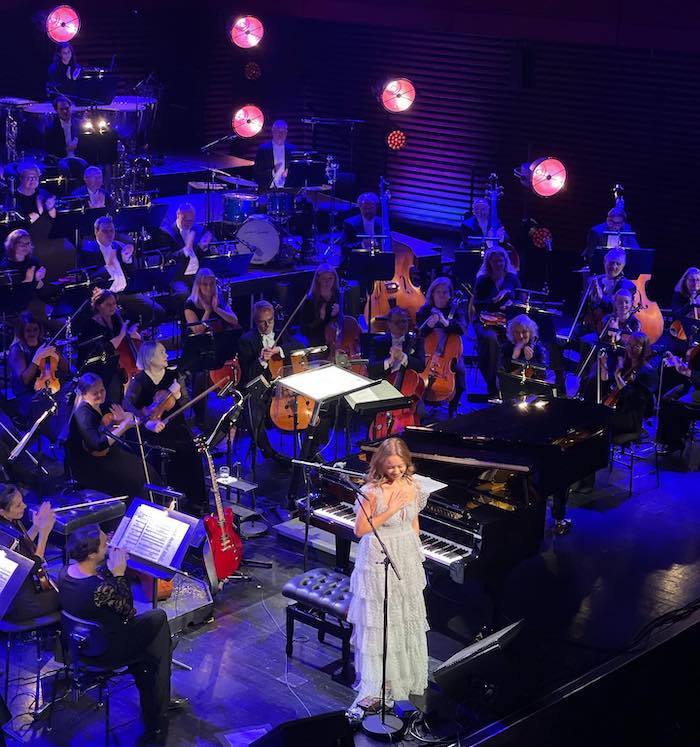 Jazz enthusiasts (and jazz newbies!), let us introduce you to Laufey. With over 650,000 followers on TikTok (and even shout-outs from V of BTS and Billie Eilish), Laufey is def the next big thing. This 23-year-old singer-songwriter's uniquely deep, soulful voice will have you hooked from the beginning, and her romantic and relatably honest lyrics will keep you listening—and adding her songs to your Spotify playlists.

Though she currently resides in Los Angeles, Laufey (pronounced "lay-vay") spent most of her childhood between Reykjavík, Iceland and Washington, D.C. With her father being Icelandic and her mother being Chinese, Laufey also visited Beijing, China once a year.

Laufey was basically raised on music—her mother is a classic violinist who performed with the Iceland Symphony Orchestra, and her grandfather (who gifted her first violin) was a violin professor at the Central Conservatory of Music in China. It's no wonder that Laufey grew up loving music and eventually picked up the piano and cello. Along with classical music, Laufey was also raised on musicians like Ella Fitzgerald and Nat King Cole because of her father's affinity for jazz, which def influenced her own musical style. After falling in love with the genre, Laufey decided to attend the jazz-focused Berklee College of Music rather than a classical conservatory.

She writes and produces her own music

That's right—all of her heart-wrenching and butterflies-inducing lyrics come from her own pen! About her songwriting process, Laufey explained: "All the songs are based on my personal experiences in the past years, but the way I write about them is like fiction. A lot of these things that we go through in life are a little difficult or bleak, and I try to create magic out of those moments, whether it’s heartbreak, or having a crush on someone, or never having been in love." Her co-producing process is just as personal. She composes, arranges and plays cello on several of her tracks—and her mother and twin sister have even contributed violin on her songs.

She has a book club

A post shared by The Laufey Book Club 📚 (@laufeybookclub)

Bookish besties, we have another Bookstagram for you to follow! Laufey started her book club (@laufeybookclub on Instagram) as an avid reader, especially because her love of storytelling ties in with her songwriting. After designating a book for the month(s), Laufey goes on Instagram Live to discuss it with her fans. She even has a book club playlist on her Spotify that she updates with songs that remind her of the monthly book!

She just released her deluxe album, Everything I Know About Love

After blessing us all with her 2021 EP, Typical of Me, Laufey returned with her first full-length album, Everything I Know About Love, in August. She just released the deluxe edition of Everything I Know About Love in October, complete with three new tracks! Whether you're going through your first heartbreak, the honeymoon stage or you're simply enjoying life, check out Laufey's music—you won't regret it.

Let us know what Laufey songs you have on repeat rn @girlslifemag!