Welcome to the saving generation 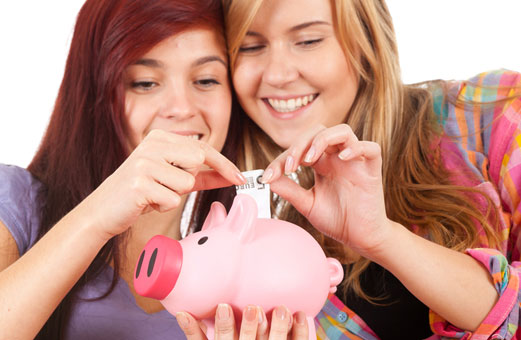 Congrats, babes, on learning how to handle money problems. A recent survey by TD Ameritrade found that “generation Z,” which includes people from 13 to 22 years old, is getting good at figuring out how to save its pennies. According to the survey, the average amount saved by each member of generation Z is $300, and many of them are already planning for the college bills they’ll be facing in the future.

The reason for the sudden financial savviness is that generation Z has grown up during an economic crisis, and most have had to deal with their parents’ struggles for monetary stability. They’ve seen how tough it is for their ‘rents to pay off old student loans while also trying to save for their kids’ college tuition. And they’ve decided that they don’t wanna have those same problems.

So three quarters of generation Z has decided that saving money is super-important, and 11 percent already have their eye on college. The only thing that’s trippin’ up this generation is credit cards. Less than 25 percent are paying their monthly bills on time, and if you don’t start those off on the right foot, it can lead to major problems down the road. So make sure you girls are chattin’ up your ‘rents about finances because you can definitely learn from their experiences.

Spill, chica: what are your secrets to savin’ money, and do you have a budget planned out?

POSTED IN In the News, On the Job, Make more money