The most memorable Teen Choice moments EVER! 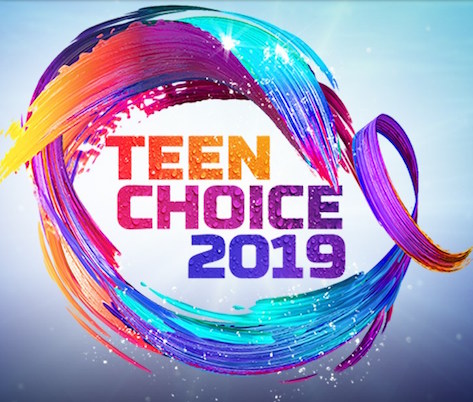 It's hard to believe that the Teen Choice Awards are having their twentieth ceremony tonight at 8 p.m. on FOX. That's twenty years of your fave celebs getting surfboards, awesome musical performances lighting up the stage and you getting the chance to vote for the best in teen entertainment. It also means there are plenty of memorable moments to look back on as we gear up for this year's awards. We've rounded up the top ten, from 1999 to 2018:

1. Jordan Knight of New Kids On the Block Has a Candid Answer About Being In A Boy Band

90s kids will cringe (or swoon), but Jordan's answer added a little comedy during the first Teen Choice Awards in 1999.

2. The Rock Admits He Likes Chick-Flicks

Before she was the founder of mega-brand Fenty Beauty, Rihanna was pumping out non-stop hits, including the catchy powerhouse "S.O.S."! Watch as she emerges from a cloud of fog, and proceeds to out-dance everyone at the 2006 Teen Choice Awards.

In 2009, the Jonas Brothers (who are making a serious comeback!) interrupted President Obama's press briefing to ask if Joe looked better than Twilight star Robert Pattinson.

5. Justin Bieber Sings Along To Selena Gomez's "Love You Like A Love Song"

Whether or not you shipped Jelena, you have to admit that this moment is *adorable*. It's hard to believe it was eight years ago, at the 2011 Awards!

6. Lea Michele & The Glee Cast Give An Emotional Tribute

Have a box of tissues on hand as you watch the cast of Glee give a heartwarming, emotional tribute to late cast member Cory Monteith at the 2013 awards.

The 2016 awards featured quite a few surprise musical performances, but it was Serayah who stood out with her intricately choreographed performance of her song, "Look But Don't Touch." Bonus points for the glittery pink two-piece!

9. The Dolan Twins Find Out About Their 'Other' Twin

The unexpectedly funny bit played out before Ethan and Grayson presented the award for Choice Summer Movie Actress at the 2017 awards. Let's just say this third twin is a little 'sus'.

Rounding out our memorable moments is the cast of Riverdale's sweet acceptance of Choice Drama TV Show, one of nine awards they won at last year's ceremony. The cast brings *major* fashion inspo to the stage—if there was a Choice Outfit category, they'd probably win that too.

What did you think about these memorable moments? Let us know in the comments below—and tune in tonight to catch this years' Awards!