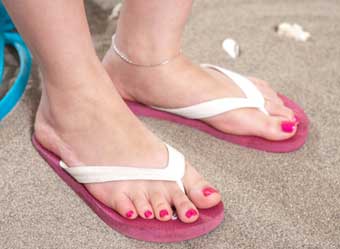 Are you a self-proclaimed beach gal at heart who could live in her flip-flops all year long? Think twice, girl, because a recent study has examined what exactly builds up on those shoes of yours after you trek around town. And the results aren’t pretty.

Two NY Daily News writers each wore a pair of $3.50 rubber flip-flops around New York City for four days, traveling on the subway, walking around the park, riding coasters at Coney Island and entering public restrooms.

They then sent the flops to a lab to be tested and the research team reported that over 18,000 bacteria, including the deadly staph aureus, were present. Staph aureus can be harmful if it were to enter the bloodstream through a cut on your foot. Researchers are certain the bacteria count would be even higher if the flip flops continued to be worn around the city for months.

Even if you don’t live in NYC, this info is def food for thought. Wear shoes (and socks) if you’re doing lots of walking. Oh, and hose down those flips every once and a while, OK? 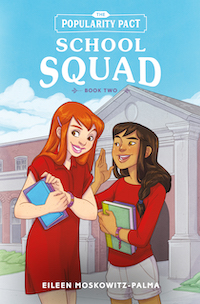 A novel about friend- ship and the power of self-acceptance. Running Press Kids, $17
[Enter to win here!]