With the release of "Still Me," Sophie Michelle has never been more herself 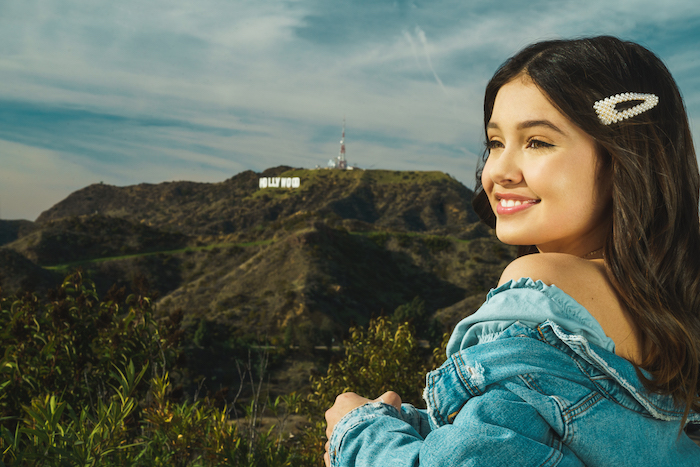 Looking for the *perfect* back-to-school bop to add to your Spotify playlist? We've got it. "Still Me" by teen actress, singer and influencer Sophie Michelle is *everything* you've been searching for to pump you up during these tumultuous times. It's the kind of track you're going to want to play when you're nervous about trying that out-there, runway-ready 'fit or when you're feeling scared to go out of your comfort zone and after your dreams (bc girl, we *know* you can do it).

The song is a story of empowerment, self-love and accepting *exactly* who you are—and, for Sophie, it's personal. "It's about how throughout so many different chapters of my life, I'm still the same person I was when I was getting bullied in middle school. Even though some people assume I have everything figured out based on social media...I don't," says the 15-year-old star on the rise, who most recently led Brat TV's Stage Fright cast as intensely motivated theater manager Lizzy.

"I'm trying to spread a message of letting go of assumptions and opinions, and allowing yourself to be true to who you are," Sophie continues. After the two of us struggled with bad cell service (because...2020), we hopped on FaceTime—where Sophie's fun-loving, natural vibe and upbeat authenticity instantly shone through the screen. But knowing who she was didn't come so easily. Sophie's worked tirelessly to make her acting and singing dreams come true for years, filming countless YouTube vids, taking vocal lessons, traveling for auditions and handling tough criticism and bullying. She knows it's tough to just be yourself ("In the beginning, it's hard and takes some getting used to"), but it's worth it: "For me, it was kind of difficult to break out of my shell, but I'm way past that. When you allow yourself to enjoy each day and be your real self in front of anybody, life just starts to get easier." 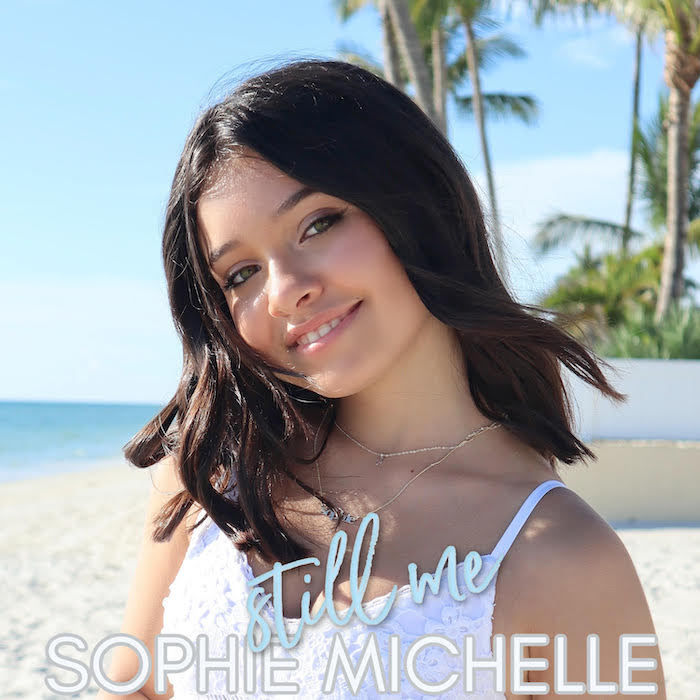 One lyric in "Still Me" stands out to Sophie. "It's the bridge," she shares. "Gotta let go and live in the moment. True to myself and let them all know it." To her, it's the heart of the song—and the core of her message. "I'm all about not stressing and taking one thing at a time," she adds.

It helps Sophie to know that she's found the right path. "You know when you're meant to do something?" she muses. "Being on set, acting on a show or being in the studio—it makes my heart really happy. I'm just thrilled to be doing what I'm doing right now." It's been a surreal year for her, especially her starring turn in Stage Fright (and getting the chance to record the theme song). "It's been a dream to have my own show. You take [acting] lessons online, in your hometown, practice scripts. Then it's the real deal, you're at this audition with casting directors and everything. It kind of shocks you because you never know what to expect. I'd already gotten to know everybody at Brat TV when I recorded my song 'No Brakes,' so it was nice to be in a familiar environment."

SOPHIE MICHELLE: GL QUICK Q & A
Last food you ate? "Yogurt with M&Ms."
Last person you texted? "My cousin Sadie."
Last TikTok you watched? "It was from Dixie D'Amelio. Charli and Dixie are the queens of TikTok."
Last song you listened to? "In a Dream by Troye Sivan."
Last show you binge-watched? "Friends. I'm rewatching all ten seasons for the third time. I feel like I watch Friends every six months. It takes forever...but I never get tired of it."

When it comes to bullying, Sophie says that honesty is the best policy. "I used to keep a lot of my feelings bottled up," she admits, "and didn't really talk about it. It was so unhealthy. When I let those emotions out, it really worked." She advises prioritizing your mental health, avoiding bullies, confiding in a responsible adult and trusting that you know what's right for you. Hobbies are a great outlet, especially in quarantine: "Pick up ukelele, do some yoga, write a story, even start a YouTube channel," Sophie suggests. "When I wake up with a motivated and productive mindset, the day goes by faster and I feel much happier."

Though she hopes that the pandemic comes to an end soon, Sophie's trying to make the most of this time to focus on her passion for music. "I have all of these different song ideas, and expect some covers—and some really cool back-to-school content—on YouTube," she reveals of her upcoming plans. "I'm really psyched, so stay tuned."

Stream "Still Me" now on Spotify HERE and share your fave lyric on Twitter. Tag @girlslifemag and we'll check it out!

Image (Feature and Slider): Mark Hanson. Image (Still Me Single Art): Karina Soares. Aspects of this interview were edited and condensed for clarity.