BEST OF 2008: THE BEST IN ENTERTAINMENT! 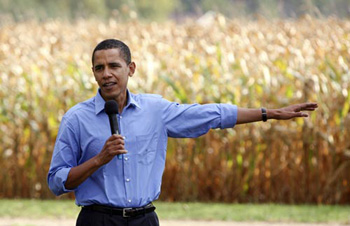 It’s been one great year, 2008! Girls’ Life editors weigh in our very favorite faves in entertainment. Take a look at our list, then feel free to reminisce about the highs and lows before we bid farewell to 2008 and get ready to ring in 2009.


TRISH: “Taylor Swift vs. Joe Jonas. Were they together? Were they not? That was the buzz around the office for months! But the whole “who broke up with who over what” turned out to be the ultimate he-said/she-said battle among teen stars. I really like Joe—or shall I say LIKED, because right now I’m totally on Team Taylor. I mean, if it’s true, a 27 second break-up call? That’s low—no matter how cute you are!”

KATIE MS: “The Presidential election! I can’t believe it’s over. It’s pretty much all I read about and watched for the last year or more and now I don’t know what to do with myself! Ha ha! This election was truly amazing. Besides history being made with Obama getting elected, there was also a possible woman VP and a whole lot more.”


L’OREAL: “Barack Obama becoming the first Black president!”
AMANDA: “Here’s my top 3:
1.    The Election. What a time-sucker that was! I was chained to election news morning to night.
2.    Michael Phelps and the Olympics. OMG, I love the Olympics. Watching Michael win that Butterfly race by the littlest sliver of a fingertip was exciting and amazing.
3.    Watching Degrassi and Tales from Avonlea on DVD. 2008 marked the addition of Netflix to my life. And let me tell you, I heart Netflix!”


What was the biggest moment in entertainment for you in 2008? And, what are you most looking forward to in 2009.


Most importantly, HAPPY NEW YEAR, GIRLIES! Here at GL, we’re thrilled to be ushering in another year with all of you. See ya in ’09!
CLICK HERE to dish about the most scandalicious celeb happening of 2008.